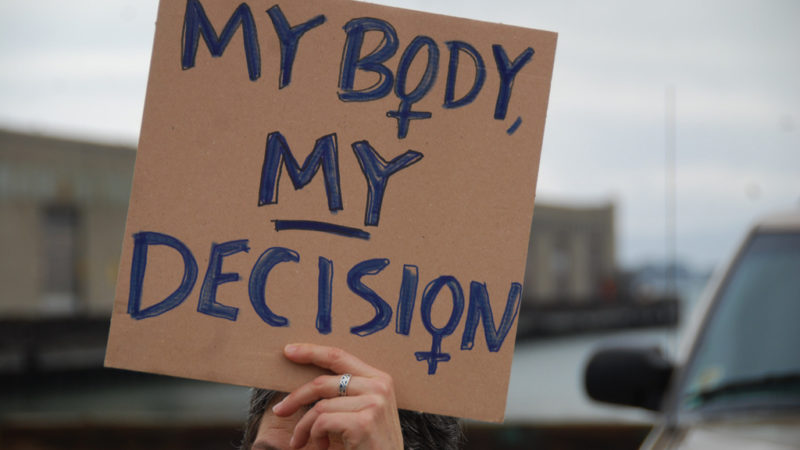 Today, President Trump will be inaugurated. The potential ramifications for North America and the world are many and severe.

Within the United States, the fear factor is particularly strong for anyone who is not a white, straight man; women, non-binary and transgender people and ethnic minorities face four years of a presidency that not only disrespects them, but which also seeks to actively harm them.

Within the United Kingdom, British feminists are offering support to American women. On Saturday, in cities across the UK — including in Belfast, where I currently live — rallies will take place in solidarity with US women, most specifically in support of reproductive rights. Trump has made it clear that he wants to defund Planned Parenthood.

Support from women in Great Britain, has emerged in the form of a financial support fund, called UK Friends of Planned Parenthood. Launched by Helena Horton of the Telegraph at the end of 2016, it seeks to raise funds for the organisation.

Last night, the first fundraiser was held, on a boat on the Thames. Speakers included several MPs, Jane Garvery, of BBC Radio 4’s Woman’s Hour and Sophie Walker, leader of the Women’s Equality Party. Over £4000 was raised, the event page states, ‘for reproductive rights across the pond, now they’re under threat.’

I commend the women involved; feminism should be international. However, it should also be intersectional. It troubles me as a Northern Irish woman, who is denied bodily autonomy, that the plight of women across a much smaller pond, has never received such levels of support from the mainstream feminist movement in Britain.

This is not to say women in Great Britain shouldn’t be fundraising for American women, and it’s easy to see why many would feel more connection to the USA than Northern Ireland; the former is a dynamic world power, the latter, an often misunderstood and marginalised region of the UK, which is most strongly associated with violence and sectarianism. But it’s frustrating that we — and women in the Republic of Ireland, who also face harsh laws — are so ignored.

The denial of abortion rights in Northern Ireland is not new — the 1967 Abortion Act has never been extended here.

The participants in the Troubles, across illegal groups and State organisations, were predominately male and this has contributed to the silencing and sidelining of women’s issues and experiences within Northern Ireland. While bombs and bullets ravaged Ireland, and frequently reached Britain, it’ is logical that abortion was not high on the British government’’s agenda.

It’ is only within the last year that the British media has highlighted the injustice in any considerable manner, most notably via the Guardian’s call for Northern Irish women to be afforded the same rights as women in the rest of the UK.

Notably, Nicola Sturgeon’s recent commitment to investigate whether Scotland could provide NHS abortions to women from Northern Ireland, in response to Patrick Harvie of the Scottish Greens question in the Scottish Parliament on the matter, is to be welcomed.

Media coverage is important for raising awareness but it can do little to materially help women who face an unwanted pregnancy. In Northern Ireland, a woman or anyone who tries to aid her, can be jailed for procuring an abortion. Just this week, a couple were cautioned for ordering self-inducing pills. In April 2016, a 21 year old woman was given a suspended sentence for having been proved to have carried out her own abortion.

Women can travel, but it becomes a class issue; those with little or no spare money may find themselves in a situation of forced birth and many skip meals or miss bills to be try and afford the costs of travel, accommodation and the procedure itself (the NHS only pays the costs for women living in Britain). Total costs can range from a few hundred pounds to over two thousand.

Let’’s fight for the reproductive rights of American women, but not forget that within our own country, women are denied bodily autonomy and face huge financial barriers, to accessing what should be, a matter of healthcare.

Kylie Noble is a freelance journalist, currently based in Belfast. She is a graduate of the University of Sheffield and Queen’s University Belfast.

See also: Women in London are marching against Trump. Here’s why

6 Responses to “British feminists are right to oppose Trump, but Northern Irish women need solidarity too”