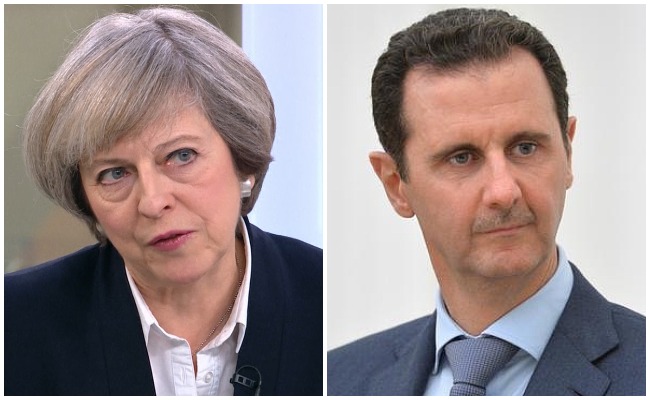 The World Food Programme’s representative for Syria, Jakob Kern, has confirmed that the agency has used FireFly JPADS – parachutes guided by GPS navigation – for aid airdrops to Deir Ezzor, Syria.

Around 25 JPADS have been used to drop mostly medical aid to the regime-held town which is besieged by ISIS. JPADS airdrops form just part of the World Food Programme effort, with 177 air drops in nine months to Deir Ezzor.

Several NGOs and Syrian civil society groups have been calling for a very long time for aid drops to communities under siege by the Assad regime and its Iranian-backed ally Hezbollah. But the WFP has never made a single aid drop to any such territory, even though the vast majority of besieged areas are under siege from the regime.

The particular advantage with JPADS is that the system uses GPS navigation to remotely guide the parachute to a precise landing point. The drop can be made by planes at a standoff distance 25 kilometres away from the impact point, and at an altitude of 24,500 feet above sea level, high enough to be safe from MANPADS surface to air missiles.

This means that JPADS could be used to drop aid to areas besieged by Hezbollah by planes flying outside Syrian airspace.

It is important to understand why Hezbollah is besieging these areas. Hezbollah, a proscribed terrorist organisation based in Lebanon, depends on support from Iran via Damascus, and it wants total control of the area between Damascus and the border so as to secure its supply lines.

In order to do this, Hezbollah seeks to drive out populations opposed to it – populations numbering hundreds of thousands of people.

Last year, NGOs pressed for JPADS to be used to drop aid to besieged civilians in Aleppo City. The proposal was for aid to be dropped from RAF or NATO planes flying beyond regime controlled territory; the JPADS parachutes would then have flown under remote GPS guidance the final 25 kilometres to three designated landing points in Aleppo City.

In a December letter to NGOs, Prime Minister Theresa May contrived to ignore this fully viable safe option for helping civilians and for countering Hezbollah and Assad’s forced removal of populations.

The UK’s failure to deploy this available technology for the relief of besieged civilians helped speed their forced displacement from Aleppo City.

Assad and Hezbollah are now doing the same again in areas between Damascus and the Lebanon border, forcing out Sunni majority populations in order to replace them with people supportive of Hezbollah, Assad, and Iran.

Western inaction on this is worsening the refugee crisis, and contributing to the entrenchment of Hezbollah -a proscribed terrorist organisation – across a wide portion of Syrian territory.

The UK is failing in its twin aims of relieving the refugee crisis and fighting terrorism in Syria by standing back and allowing Hezbollah to pursue a campaign of ethnic cleansing and tighten their grip on a large piece of Syrian territory.

See: How to justify mass murder: Aleppo and Assad’s apologists