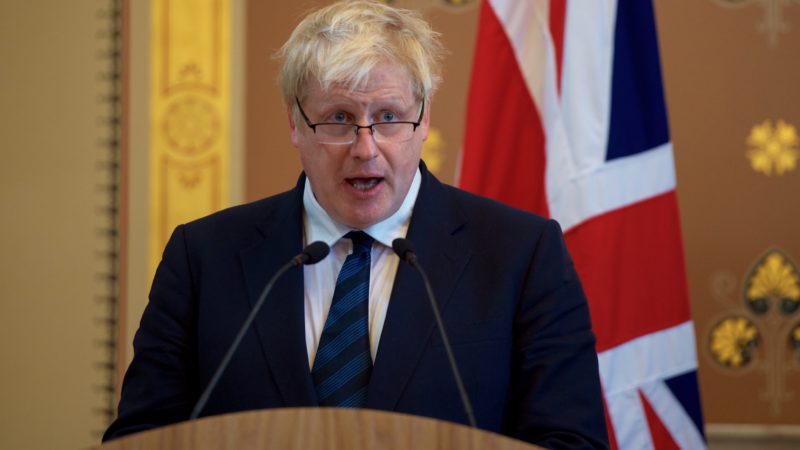 It’s almost twenty years since Robin Cook announced that the incoming Labour government’s foreign policy would have an ethical dimension.

Cook had good reason to make this change of direction so explicit. As Rwanda expert Linda Melvern has documented in devastating detail, during John Major’s tenure British officials plotted to keep the Rwandan genocide off the UN Security Council agenda as it unfolded.

In addition, Major’s Foreign Secretary, Douglas Hurd, took moral equivalence to a new low, treating Slobodan Milosevic, the architect of the ethnic cleansing in the former Yugoslavia, as the international community’s partner in the search for peace. Hurd’s appeasement of Milosevic soon made sense, however. Shortly after leaving office, Hurd and a senior Foreign Office mandarin formed a company which bid to privatise Serbia’s utilities.

Against this sordid track record, Labour’s new government started well, with successful humanitarian interventions in Kosovo and Sierra Leone. It also transformed Britain’s foreign aid into a programme universally admired (beyond the poisoned pages of the Daily Mail). However, Labour’s good intentions ran into the sand in Iraq. Cook, being an honourable man, resigned (he was Leader of the House by then). To paraphrase Don McClean, it was the day the ethics died.

Now, it is evident how the UK’s role in the world has shrunk, with a prime minister more concerned with scoring Little Englander points on immigration than steering the country through the vexed maze of Brexit. Perhaps this is unsurprising, though, given that Theresa May was notably silent during the EU referendum campaign for fear of losing the support of Conservative members in the event of a subsequent leadership bid.

Under May’s leadership, the government is now so self-absorbed that she seems not to care that her foreign secretary is viewed as an uninformed clown by his better-qualified peers on the international stage. Moreover, May’s pro-Brexit Cabinet offers not even the vaguest plan to assemble its band of plucky independent partners to replace the Europe trading block.

Nor does May’s team appear to know or care how complex leaving the EU will be or where their tokenistic V-sign of defiance leaves British foreign policy. In a multi-polar, interconnected world one needs friends to tackle the challenges of security, terrorism, immigration, public health, the environment and preventing another 2008-style financial implosion.

This stubborn refusal to play nicely with others is not solely May’s fault, however. In November 2015 an LSE-conveyed commission of former diplomats and intelligence officers warned that under Cameron, British foreign policy lacked a clear purpose or strategic coherence. Britain had become so marginal that no one bothered to include it in diplomatic efforts to resolve crises in Syria or Ukraine.

Cameron’s chancellor, George Osborne, repeatedly abased himself before his Chinese hosts, too ignorant of Chinese culture to grasp that his fawning would be perceived as weakness, and too unaware of history to see how his hosts were savouring the humiliation of Britannia, the ultimate pay back for burning the Summer Palace in 1860.

I recently reviewed dozens of Foreign and Commonwealth Office (FCO) answers to questions tabled by the crossbench peer and human rights campaigner, Lord Alton. They reveal an FCO mired in hypocrisy and appeasement.

If the Conservative government was honest, it would admit that trade and the financial sector were Britain’s priorities. Instead, the FCO tries to have it both ways, with a ritual nod to an ethical dimension (‘Freedom of religion of belief in Sudan remains a concern and is a core part of our ongoing human rights dialogue with the government of Sudan’ 8/11/16; ‘We operate one of the most robust arms export control regimes in the world.’ 23/12/16), coupled with a reminder of how much money the UK throws at the world’s trouble spots (‘The UK has announced GBP 90m of humanitarian assistance for Iraq’ 7/11/16).

In each case, these standard forms of words are typically followed by more empty clichés that evade the question: ‘The government regularly raises our concerns about the protection of minority communities, including religious minorities, with the Pakistan government at a senior level.’ (23/12/16)

Given that Pakistan is the top recipient of UK aid – £374m in 2015 – we might reasonably be more forceful in expecting better from the Pakistani authorities.  Yet, little more than concern is expressed (‘The government continues to urge Pakistan to honour in practice its human rights obligations’ 23/12/16).

Foreign diplomats and officials understand that Mrs. May’s emissaries are merely going through the motions. They scent British appeasement, weakness and disinterest, and they calibrate a suitably disingenuous response.

Does anyone seriously believe Boris Johnson, a man-child who desperately craves applause and popularity, confronts his opposite numbers in Saudi Arabia on mildly controversial issues, let alone the targeting of hospitals and schools in Yemen?

When pressed on why the UK sells arms to monstrous regimes, ministers argue they are defending British jobs. Yet, only 55,000 people, or 0.2 per cent of the British workforce, is engaged in the arms export industry, which represents only 1.4 per cent of total exports (£7bn – although this figure does not take account of the massive subsidies given to arms makers).

To put this in perspective, 400,000 people work in the British food and drink manufacturing industry which has annual exports of £12.8bn, and does not benefit from subsidies. To add further context, as of 2013, 80,000 people work in Indian restaurants in the UK, with an annual turnover of £3.6 billion.

Does Labour offer a credible alternative? Jeremy Corbyn’s supporters admire his plain speaking, radical politics and defence of human rights. Yet, between 2009 and 2012, Corbyn was paid £20,000 to appear five times on Iran’s state broadcaster, Press TV. During that time Iran hanged 1,314 people, and the station filmed the detention and torture of a journalist.

Corbyn’s spokesperson rejected calls to condemn Russia for targeting civilian aid convoys and hospitals in Syria because it would ‘divert attention’ from casualties caused by the airstrikes of the US and others. Corbyn called for NATO to step back from Europe’s Eastern borders, by implication leaving Eastern Europe undefended against Russian aggression.

He diminished the importance of national sovereignty and self-determination in Ukraine, repeating the Kremlin’s line about neo-Nazis in the Maidan protests. He also expressed giddy enthusiasm for Huge Chavez, ignoring his regime’s eye-watering corruption and the subsequent suffering of Venezuelan people whose government is stubbornly denying them desperately needed overseas medical donations.

Corbyn’s guiding principle is simple: if the Americans are in favour, then he is against, and vice versa. So, the repressive and authoritarian Hamas and Hezbollah are ‘friends’, and as recently as 2011, Corbyn was praising Colonel Gaddafi’s achievements in Libya.

Just because the US has committed shocking human rights abuses, destabilized democratic governments and fought immoral wars, it does not mean their enemies are automatically virtuous. It is not a coherent foreign policy to oppose everything America does. Nor is it a credible world view to advocate multilateralism and negotiation while denying the need to compromise within multilateral groups like the EU. How can the Iranian regime be ideologically acceptable, while Mrs. Merkel is not?

There is a different way forward, mindful of Britain’s role as a former colonial power, building coalitions based on its historic connections across the globe; admired for its culture, ancient and modern; seen as the mother of the English language and of parliamentary democracy.

The UK could be a team player, fully engaged in multilateral bodies, setting a good example on the environment, civil rights, human rights, animal rights and international development. In fact, it could do worse than to emulate Justin Trudeau’s Canada.

But instead of embracing soft power, the UK has turned inward, fearful and resentful, fantastically privileged, in relative global terms, and yet grudging. It has only itself to blame for its increasing irrelevance.