On Holocaust Memorial Day, remember that antisemitism is still with us 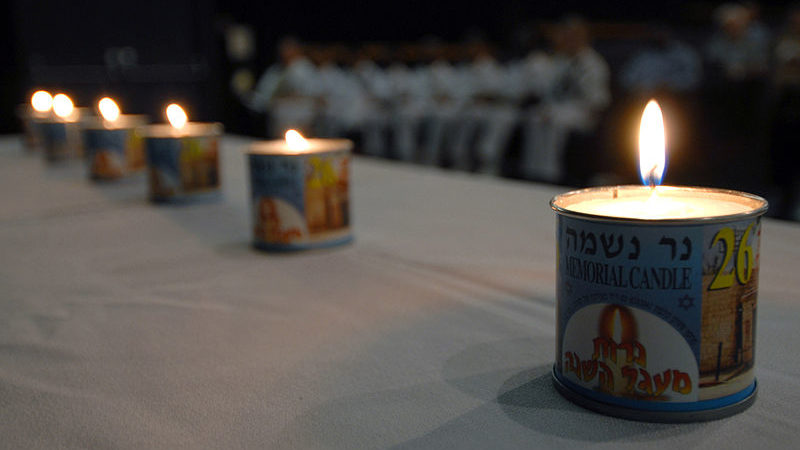 I wish that antisemitism was only a subject for us to commemorate from the past, and for historians to study, but sadly this is not the case. Antisemitism is still with us today, it is thriving in many ways and it shows no sign of disappearing into history.

My organisation, the Community Security Trust, helps victims of antisemitism here in the UK, and we currently receive roughly double the number of reports of antisemitic hate incidents than we did just three or four years ago.

These include antisemitic abuse shouted in the streets, or daubed on walls, or posted on the internet.

In recent years we have seen Jews murdered once again in Europe simply for being Jews. Terrorists threaten all of us who live in open societies, but they have a particular hatred of Jews. We are a special target.

Mainstream politics is once again infected by the obsessions and fantasies of the extremist fringes. Anger and fear are once again the currency of popular political movements on our streets and in our Parliaments.

And as we have seen in the past, in uncertain times this anger and fear is too easily turned on those who look, act and sound different.

Conspiracy theories about hidden elites increasingly appeal as a way of explaining complex and frightening world events. The name ‘Rothschild’, for so long a favourite demon for antisemites, has been joined by the name ‘Soros’ as code for those who believe there is a hidden Jewish hand manipulating governments, causing war and stealing the wealth and happiness of ordinary people.

We hear a lot of talk about post-truth politics nowadays, where what you want to be true is more important than what is actually true; facts no longer matter; and emotion, not reason, is what shapes political debate. But for Jews, this is nothing new, because antisemitism is the original post-truth politics. For centuries it has relied on invented myths and libels about Jews, used by fanatical or unscrupulous politicians to mobilise the mob against a convenient scapegoat.

As George Orwell wrote in 1945 in his essay on British antisemitism,

“one of the marks of antisemitism is an ability to believe stories that could not possibly be true.”

Nowhere is this more apparent than on the internet. Social media has changed the way people think about the world and about each other. We all benefit from this in many ways, but these changes have also meant that antisemites from around the world can join together to threaten, abuse and harass Jews in a way that was previously impossible.

And remember: when we say this happens online, what we mean is that it happens on the computers that are in all of our homes, and on the phones that are in our children’s pockets.

At its worst, social media mixes truth and fiction into an indistinguishable blur of information, each lie endorsed and spread by a digital community of believers. The information revolution has been met by a counter-revolution that encourages ignorance and suspicion instead of knowledge and understanding. Much more needs to be done by social media companies to ensure their technology is not used to incite hatred.

Long after historians debunked Holocaust Denial as a serious political enterprise, the internet has given it a new lease of life as part of a family of conspiracy theories for anyone who rejects the official account of just about anything. It could be conspiracy theories about 9/11, or the 7/7 bombs here in London, or the moon landings, or cancer drugs or who controls the weather.

Some conspiracy theories may be funny or ridiculous, but we shouldn’t laugh, because all conspiracy theories about serious matters – whether it is politics, financial instability, war or terrorism – usually end up blaming Jews or, in today’s language, ‘Zionists’. And while Holocaust denial failed as a political project of the far right to rehabilitate National Socialism, antisemitism appeals across a much wider political spectrum, left and right, progressive and reactionary.

It’s not enough just to offer facts as an alternative. Instead we need to ask: how can we counter the ideologies and mindsets that seek to convince people that Jews are to blame for their problems?

How can we stop more terrorist murders of European Jews by their fellow citizens, and how can we prevent more European Muslims from being taken in by the extremist ideologies that convince them to murder?

And how can we celebrate our national identities without encouraging fear and hatred of the outsider?

This oldest of hatreds will always adapt to provide spurious yet seductive answers to today’s problems. We need to adapt our own responses just as quickly if we are to prevent antisemitism from reviving the horrors of our past.

Dave Rich is deputy director of communications at CST. He delivered these comments at the Foreign and Commonwealth Office’s Holocaust Memorial Day commemoration.