Progressives must work hand in glove to challenge the Tories 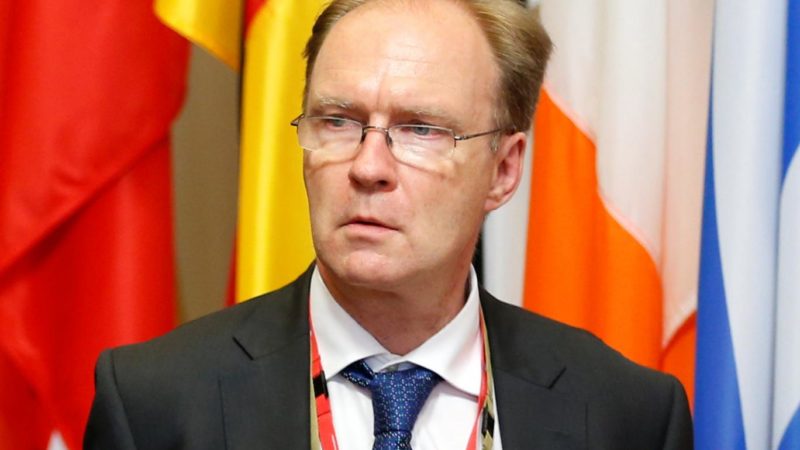 In its much reported research yesterday, the Fabian Society concluded that Labour’s best hope of snatching the keys to Downing Street would be through alliances with anti-Conservative parties including the SNP and the Lib Dems.

While the suggestion caused consternation from many within the Labour Party, recent events over Brexit should be a wake-up call for progressives to ditch petty squabbling and realise that the threats the country now faces demand a united voice.

In his letter to staff resigning as the UK’s Permanent Representative to the EU, Sir Ivan Rogers’s criticism could not have been more damning. The government, he concluded, simply does not want to hear the uncomfortable truth, and EU member states are not going to make life easy for the UK.

Sir Ivan’s role was not only to advocate the UK government’s position but crucially to report back, without fear or favour, what other governments are saying about the UK. Hence his warning that other European leaders believe a trade deal with the UK could take up to ten years to be agreed.

What is most worrying is the reaction of the Brexiteers, led by Nigel Farage, who declared good riddance that Sir Ivan had resigned. Boris Johnson is also reported to want a Brexiteer filling the vacancy.

It is this sort of ‘muddled thinking’ that will be the death knell for the UK’s negotiations over Brexit. Ministers who refuse to accept the reality that leaving the EU will not lead to a land of milk and honey are failing in their duty to the people of the UK – those who voted for and against Brexit. It is negligence of the highest order.

It is because the stakes are so high for UK PLC that progressive parties need to work together, hand in glove, to speak the truths that our diplomats have sought to do, but who have been ignored.

That means a relentless focus on how the Brexiteers have sold the country a pup:

– They promised extra cash for the NHS, a promise now broken.

– They promised all sorts of wonderful trade deals with the EU, failing to remember that such deals need to be negotiated with other countries. We cannot unilaterally declare what every trade deal will look like.

– They promised a more prosperous country, yet the Autumn Statement showed the extent of the Brexit black hole in the UK’s books.

And don’t forget Nigel Farage’s declaration as the referendum result became clear, declaring it to be a victory for ‘decent people’, instantly tarnishing the 48 per cent who voted to remain as being somehow indecent.

Brexit was fought by the leave campaign as an insurgency, and opportunity to give a kicking to the elites who, they argued, had mislead the public.

The reality is that it is those very same people who are now deceiving the public and engaged in arrogant assaults on many who do not have a voice to respond. It is wrong and cannot – must not – be tolerated.

Ed Jacobs is a contribuing editor to Left Foot Forward

8 Responses to “As diplomats are sacked for telling the truth, the left must unite on Brexit”