Adam Barnett
9 November, 2016
A Britain We All Call Home

Spot the difference between the two leaders' responses 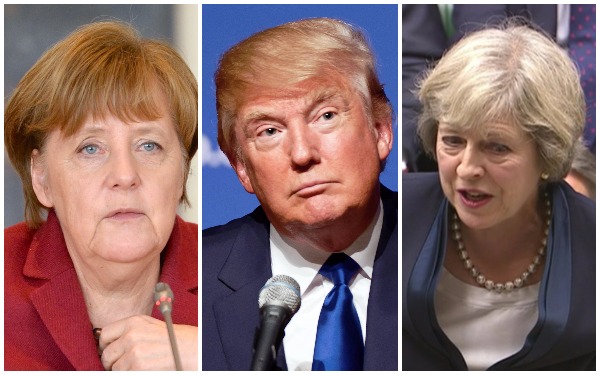 Compare and contrast the following statements from the leaders of two Western democracies upon the election of Donald Trump as US president.

The first is from the British Prime Minister, Theresa May:

“I would like to congratulate Donald Trump on being elected the next President of the United States, following a hard-fought campaign.

Britain and the United States have an enduring and special relationship based on the values of freedom, democracy and enterprise. We are, and we will remain, close partners on trade, security and defence.

I look forward to working with President-elect Donald Trump, building on those ties to ensure the security and prosperity of our nations in the years ahead.”

“There’s no country we Germans have as close a relationship with as the United States of America. Whoever rules this vast country, with its enormous economic strength, its military potential, its cultural influence, carries a responsibility which is felt all over the world.

Americans have decided that the person to carry this responsibility for the next four years is Donald Trump.

Germany and America are connected by common values: democracy, freedom, respect for the law and for human dignity irrespective of origin, skin colour, religion, gender, sexual orientation or political conviction.

On the basis of these values, I offer the future president of America, Donald Trump, a close working relationship.

Partnership with the USA remains a basic pillar of German foreign policy in order for us to meet the great challenges of our time: striving for economic and social wellbeing and a forward-looking climate policy, the fight against terrorism, hunger and disease, engagement for peace and freedom, in Germany, Europe and all over the world.”

Yet another reminder we should drop the jokes about Germany and authoritarianism. Living in the past is the problem to begin with, and we’re increasingly on shaky ground to be pointing fingers.

21 Responses to “Trump: Angela Merkel shames Theresa May with message for next US president”