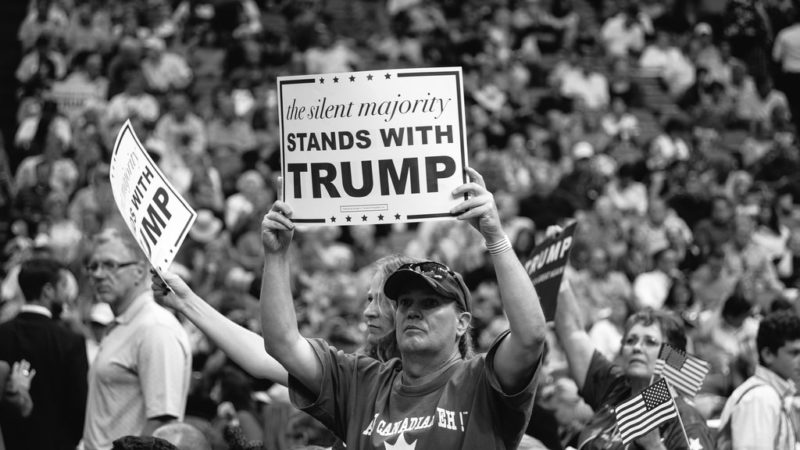 The South African comedian Trevor Noah, now presenter of The Daily Show in the U.S, used to do a sketch about when he first got to the US.

He remarked how he thought it was funny how Americans were all put into racial groups. That you had ‘Black Americans’, ‘Hispanic Americans’ you even had the native Indian populations called ‘Native Americans’ apart from one: white people — they were lucky enough to be just ‘Americans’.

In the aftermath of this shocking US Presidential Election, we can see the above observation being reflected in how the election result is being reported and explained. 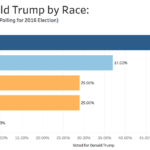 The Black American vote was an incredible 88 per cent behind Clinton and the Hispanic community turned out in record numbers giving Clinton a win in Nevada and coming close to helping her win in victory in Florida, even though in 2000 44 per cent of this group voted Republican.

The next explanation is to segment by wealth, blaming the ‘blue collar American’ for turning to Trump. This analysis works on the basic level that ‘blue collar’ non-college educated white workers did vote more for Trump, but kindly forgets that so did college educated white American and also, neatly forgets the analysis that the average Trump was far richer than the average American.

No, let us be frank:

If we divide America into racial subgroups, only one group voted overwhelmingly for Trump, and that was the ‘White American’ — with a margin of over twenty per cent (58 per cent voting for Trump and only 37 per cent for Clinton). In every other racial grouping, it was the reverse, by at least a ratio of  two to one, they voted for Clinton.

Why is it important to state it so frankly? Well, just flip it around. Imagine a black candidate or, even better, a Muslim candidate ran for the Presidency and in the run-up to the vote this candidate stated that white people were rapists and murderers or were all on drugs. Imagine if, after a white supremacist’s mass killing, he said that all white people should be banned from entering the USA indefinitely.

Now, imagine further, when the results came in the analysis found that the Black or Muslim population had overwhelmingly voted for him.  Just imagine the outcry, imagine the call for the community to do some ‘soul-searching’ about keeping to the American virtues of tolerance and respect for other communities.

Well, it is only natural to ask the  ‘White American’ to spend some time soul searching as to how, as a group, they voted for someone who was so outrageously racist as to be reason enough to disqualify him for inciting racial hatred.

Is there something central to how this group sees themselves as the real ‘Americans’, to return to Trevor Noah’s analogy, that allows someone to offend every other race so badly and still be electable?

See also: Angela Merkel shames Theresa May with message for next US president