Brexit is the gift that keeps on giving 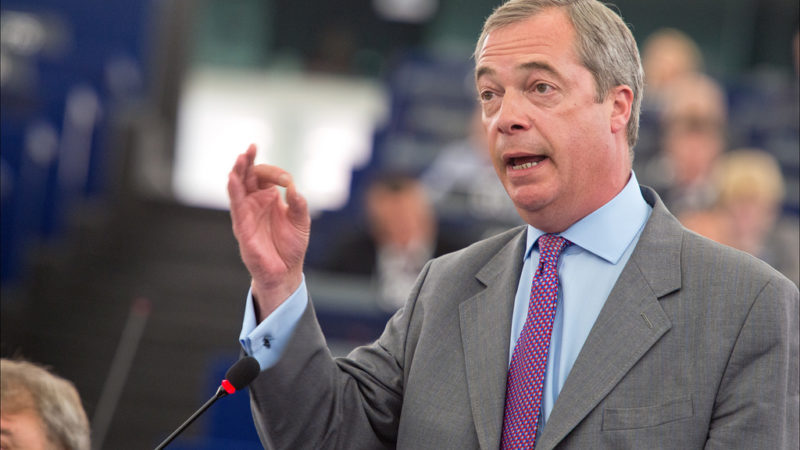 We already knew Brexit means a hard Brexit without parliamentary scrutiny – at least in the mind of the Prime Minister. But now it seems Brexit means scutiny-free hard Brexit or else, as the forces of right-wing populism target our independent judiciary.

Today’s Telegraph reports Nigel Farage will lead a march of 100,000 people through London for the government’s Supreme Court appeal of the High Court verdict on Article 50.

The march will be organised by Leave.EU, the right-wing anti-EU group led by Arron Banks, and see Leavers march from Trafalgar Square down Whitehall to Parliament Square around December 5.

It comes after Farage warned of ‘public anger’ at any ‘betrayal’ of The Will Of The People™. Speaking on the BBC’s Andrew Marr show on Sunday, Farage said:

He tried to soften this slightly, adding: ‘The temperature of this is very, very high. I’m going to say to everybody watching this who was on the Brexit side, let’s try to get even, let’s have peaceful protest and let’s make sure in any form of election that we don’t support people who want to overturn this process.’

Asked whether that could mean ‘disturbances in the street’ he replied: ‘Yeah, I think that’s right.’

But this is the usual tap dance of deniability by Farage, who stirs things up and then warns about regrettable public unrest. In an interview before the June 23 referendum, he famously said ‘violence is the next step’ if people don’t get their way on immigration.

Farage’s march is a clear attempt to intimidate the Supreme Court judges and tip the scales of justice in his favour.

Leavers have the same right to protest as anyone else. But a demo led by Nigel Farage has more in common with one led by Anjem Choudary than, say, Stonewall – it will be a circus of Brexit-fueled rage and demagogy. Either that, or it will be a washout.

Regardless, Farage’s decision to take the idea of betrayal by enemies within – one stoked by him and his friends in the press – out onto the street, is a demonstration all right, but of the alliance between elite charlatans and popular discontent, which is fast becoming a staple of British politics.

See: The media has declared war on the judiciary. What now?