Committee calls for radical measures, warning funding is not enough 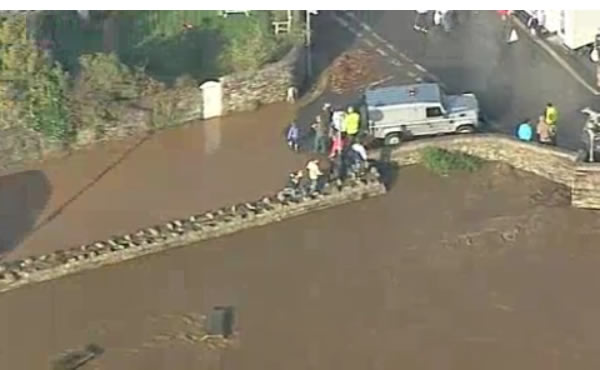 That’s the view of MPs on the Environment, Food and Rural Affairs Committee, who today called for the creation of a national floods commissioner for England and a new English Rivers and Coastal Authority to take over from the Environment Agency.

They also said water could be stored on farmland to reduce the risk of flooding with incentives for farmers, and developers who flout planning should be forced to pay for the costs of flood damage.

Other suggestions were grants for small businesses who can’t afford insurance and simpler flood risk warnings.

‘Storms Desmond, Eva and Frank disrupted communities across northern parts of the UK, with Desmond alone costing the UK more than £5 billion.’

He added: ‘Flood management must include much wider use of natural measures such as leaky dams, tree planting and improved soil management. And some areas of farmland should be used to store flood water.

‘Building regulations must be tightened up to help flood-proof our properties if a voluntary code is not agreed by the end of this year. Developers who flout planning rules in high flood risk areas must also be penalised.’

This was welcomed by Friends of the Earth, whose climate campaigner Guy Shrubsole said:

“The Environment Committee clearly understands that better management of our rivers and waterways needs more joined-up thinking – not less. This includes working with nature across entire river catchments and dealing with climate change.

Government should heed MPs’ welcome proposals to tackle flooding at root – but not distracting proposals to break up the Environment Agency.”

A spokesperson for the Department for Environment, Food and Rural Affairs said the government has invested £2.5 billion on flood defence schemes to protect 300,000 homes by 2021, including £12.5 million on mobile defences like barriers and high-volume pumps.

He added: ‘We are already implementing many of the suggestions this report makes, such as managing watercourses across entire catchment areas, but see no need for structural changes.’

“There is a real urgency required in the government’s approach to flooding. Last winter Storm Desmond, Frank and Eva in particular, had a devastating impact on families, businesses and communities.

There is still a lack of confidence in schemes to protect businesses and the £12.5 million pledged to temporary flood barriers will not bring the long-term protection required.”