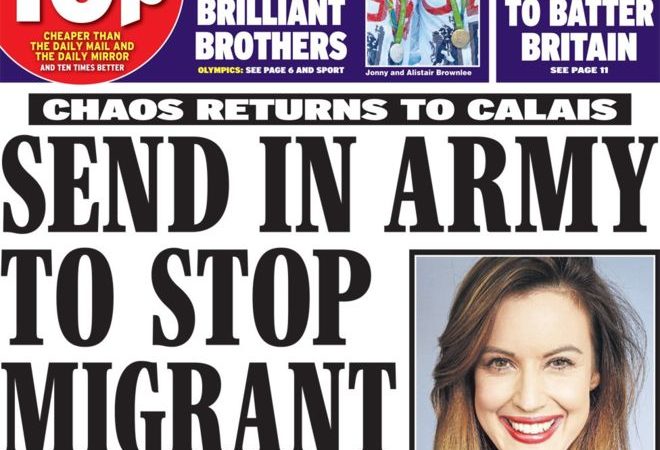 I recently attended an event organised by the Foreign Policy Centre in partnership with the European Commission’s representation in the UK. The title could hardly be more topical: ‘Examining the EU’s democratic legitimacy.’

It really was about Brexit, like nearly every political debate in the UK for months if not years.

Hilary Benn MP delivered an eloquent keynote speech about the need of parliamentary oversight of the divorce process.

After him, other articulate voices from both chambers expressed their thoughts about the value of democracy, the history of Britain in Europe and the meaning of national and parliamentary sovereignty.

Conservatives, Labour, Liberal Democrats and SNP had at least one voice in the panel; so did UKIP with its only MP (to Nigel Farage’s eternal sorrow), Douglas Carswell.

Judging by the interventions during the Q&A, had the referendum been held only in that room, Britain would have never chosen to leave; in fact, Conservatives would probably be a marginal force.

‘How did we get to this point?’ an incredulous audience asked with different words and tones.

‘It’s immigration, stupid!’ The recurrent hypothesis was unsurprisingly put forward by Carswell. It went unchallenged. It sinks in. It stays. And it stains.

Immigration is constantly portrayed as the source of many problems despite the lack of evidence. Immigrants pay more in taxes than they receive in benefits.

They (we) contribute to support the welfare state in this country, not to speak of the number of professionals that work in the NHS and other essential public services and in the private sector.

Research shows that immigrants from both EU-15 and eastern Europe give to society more than they receive from the state. Similar phenomena are noticeable in many other rich countries.

The fear of migration is not supported by a simple reality check, but someone could counterattack along these lines:

‘The overall economy and even public finances may benefit from it, but disenfranchised working class people in post industrial constituencies are paying the price.’

I would take this point seriously: Not everyone benefits equally from free trade and freedom of movement. But the connection between rising inequality and the desire to control national borders is not as self-evident as some are succeeding in making us believe.

Latest available EU statistics from 2015 indicate that 13 per cent of inhabitants in the UK are foreign-born. Other countries have a higher share: Ireland (16.2 per cent), Austria (17.2 per cent) or Sweden (16.4 per cent).

Still, according to a recent poll by Ipsos Mori, Britain remains the country where immigration is reported as the most significant worry: It is so for 42 per cent of the people. Germany goes second with 41 per cent and Sweden third with 33 per cent.

But let’s take my home country as a point of reference: Spain. The number of foreign-born inhabitants lies at 12.7 per cent, not far behind the UK. However, immigration is the most unsettling issue only for nine per cent of the population.

We are talking about a country where about 20 per cent of working age people are unemployed (it reached 25 per cent in the worst years of the financial crisis), and a society that only one generation ago barely knew what foreign nationals looked like, apart from pictures of blond blue-eyed northern Europeans on the Mediterranean coastline.

Unscrupulous media groups and wily politicians have fruitfully spread the rumour that foreigners are to blame for the misfortunes of working people. This exercise of cheap scaremongering is proving very appealing.

There is an urgent need for a counter-narrative to set the record straight. The political class in this country is greatly responsible for the unfounded and disproportionate level of fear of foreigners.

While some keep banging on about it with impunity, others remain silent and refuse to challenge their views in public.

Poverty and social inequality is only the fourth worst worry for the British public (29 per cent). Foreigners are easy scapegoats, but this country needs to start hitting the right nail soon.

Koldo Casla is a PhD candidate in European and International Studies at King’s College London, and a Policy officer at Just Fair. He writes  in a personal capacity.

See: Other countries don’t worry this much about immigration – why does Britain?

See: Six weirdest things David ‘refugees’ teeth’ Davies MP has ever said (that we know of)

11 Responses to “Foreigners are easy scapegoats, but bashing them won’t fix our real problems”