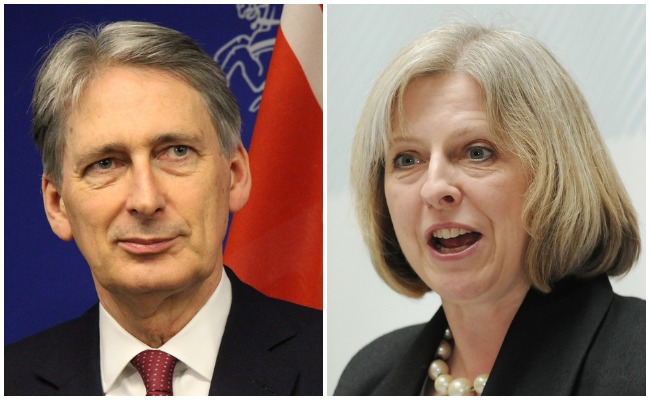 It seems as though the expected windfalls for the so called ‘Jams,’ or those who are ‘just about managing’, appear to have been taken off the table already.

The Chancellor has remained tight-lipped on possible giveaways in his Autumn Statement, preferring to   argue that ‘headroom’ is necessary in the public finances to deal with the economic impact of leaving the EU.

And it gets worse. Research published on Monday warned that the cumulative impact of various welfare reforms already announced, including the benefit cap, housing benefit freezes, bedroom tax and Universal Credit changes, would be a £2,500 hit to the ‘just about managing’.

For those further up the income spectrum, however, it’s jam today, with suggestions that manifesto commitments to increase the 40p income tax threshold and income tax personal allowance will be retained. These measures would mean a collection of policies likely to increase inequality.

So what should the government do instead? Here are five policy priorities we’d like to see the Government announce in the Autumn Statement to reduce inequality:

Both policies would benefit the better-off most, and for all the talk of ‘fiscal drag’, frankly, those earning above the 40p rate are not the ‘just about managing’. The government should put both plans on ice.

The first priority must be for the government to reverse cuts to Universal Credit (UC), but as we’ve repeatedly commented on, the marginal tax rate paid by the real ‘Jams’ receiving UC is also eye-watering.

Hardly, and we need to see the government revert to its original plans for UC of a 55p withdrawal rate, down from the current 65p. This could be paid for by freezing the planned increase to the income tax personal allowance.

3. Get a grip on housing

The country is in the grip of a housing crisis. A dearth of decent social housing, astronomical private rents, and impossibly expensive property means huge swathes of the population are living in terrible conditions and paying through the (leaking) roof for the privilege.

Shocking research by Shelter suggests 120,000 children will be homeless this Christmas. At the same time, a quarter of the richest 100 people in the UK continue to build their wealth through their interests in housing, while property developers have seen profits soar.

The huge gap in housing wealth in this country is both a driver and symptom of the UK’s obscene levels of income and wealth inequality, and the government’s current plans do not go nearly far enough to address this.

In addition to a major housebuilding programme, the government should set up a commission on Council Tax to explore alternative, progressive property taxes, as has been done in Scotland. The current system is highly regressive, and is a huge strain on the already squeezed finances of low-income households.

The Equality Trust’s research found that 6.5 million households are in debt, or face the prospect of falling into debt within a month, should they lose their jobs.

The reality for many is one of constant financial precariousness, worrying how to manage from day-to-day and keep a roof over their heads and food on the table. It’s hard to plan for a broken boiler or new winter coat in such conditions.

The government could significantly boost the savings of those on low incomes by scrapping its Lifetime ISA, which will provide a tax break for the wealthy, and instead channel funding to its Help to Save scheme.

Less of a policy, but vitally important to reduce inequality, the government must reinstate its distributional analysis to show exactly how different households benefit or lose out from tax and spending decisions.

This is about good governance and transparency as much as anything else. To reduce inequality we need to have a clear assessment of how it is affected by the government’s policies.

Dr. Wanda Wyporska is Executive Director of The Equality Trust