It's short but covers a lot of ground 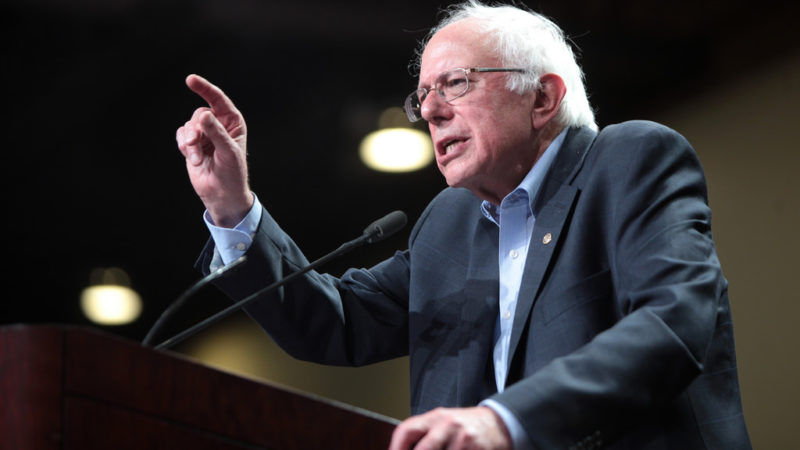 Bernie Sanders has said he and progressives would ‘vigorously oppose’ President Donald Trump should he pursue ‘racist, sexist, xenophobic and anti-environment policies’.

In his first statement after Trump’s election on Tuesday, Sanders said the result was caused by anger over growing inequality in America.

The Vermont Senator, who lost the Democratic Party nomination to Hillary Clinton, said he and progressives are willing to work with Trump ‘to the degree that he is serious’ about improving the lives of working people.

His remarks come after Senator Elizabeth Warren, a fierce critic of Trump during the campaign, held out an olive branch yesterday, telling the Boston Globe: ‘President-elect Trump promised to rebuild our economy for working people, and I offer to put aside our differences and work with him on that task.’

Here is the full statement from Sanders:

People are tired of working longer hours for lower wages, of seeing decent paying jobs go to China and other low-wage countries, of billionaires not paying any federal income taxes and of not being able to afford a college education for their kids – all while the very rich become much richer.

To the degree that Mr. Trump is serious about pursuing policies that improve the lives of working families in this country, I and other progressives are prepared to work with him.

To the degree that he pursues racist, sexist, xenophobic and anti-environment policies, we will vigorously oppose him.”