The government announced its support for a third runway this morning 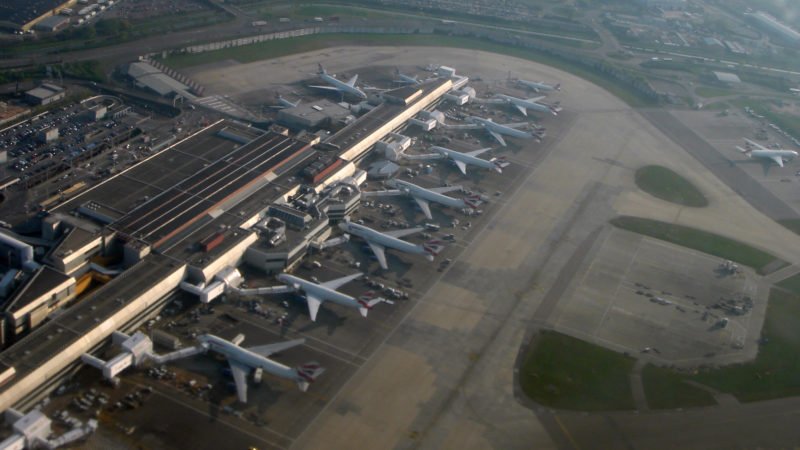 Major trade unions have welcomed the government’s decision to throw its weight behind a third runway at Heathrow airport.

Heathrow expansion has ‘a clear cut case’ and is ‘a win win for everyone’ according to Matt Rix of GMB, which represents airport workers.

“The airport needs expansion if it is to retain its world class status as a global hub airport. In recent years because of this long standing process work has slowly drifted to European competitor hub airports. Heathrow expansion is not reliant on public money. It will be built to stringent environmental standards. Heathrow must now mean Heathrow.”

Heathrow already provides 80,000 jobs, while an additional 114,000 jobs and 10,000 apprenticeships will be created once expansion gets underway.

“The Heathrow expansion is absolutely vital for Britain. It will help our economy grow faster and stronger. This investment has the potential to create thousands of high-quality jobs and apprenticeships right across the UK.

The government must ensure that Heathrow expansion is put in the fast lane. Trade unions are ready to play their part providing the skilled workforce, delivering the project on-time and on-budget, and making sure it benefits UK businesses in the supply chain.”

While unions are, unusually, in step with the Tory government on the question of expansion, they are at odds with the Lib Dems, the Greens and Labour mayor Sadiq Khan.

‘This is the wrong decision for London and the whole of Britain,’ Khan commented, pledging to continue challenging the decision.

“The government are running roughshod over Londoners’ views – just five months ago I was elected as Mayor on a clear platform of opposing a new runway at Heathrow, a position that was shared by the Conservative, Liberal Democrat, Green and UKIP candidates in that election.

A new runway at Heathrow will be devastating for air quality across London – air pollution around the airport is already above legal levels of NO2.”

Tim Farron, leader of the Liberal Democrats, accused the government of betraying communities in West London, while Green Party co-leader Caroline Lucas tweeted that ‘if [the] government is remotely serious about climate targets then it cannot expand Heathrow.’

There is also dissent within the Conservative Party, including from Boris Johnson and his might-have-been successor Zac Goldsmith, who has resigned his parliamentary seat in protest.