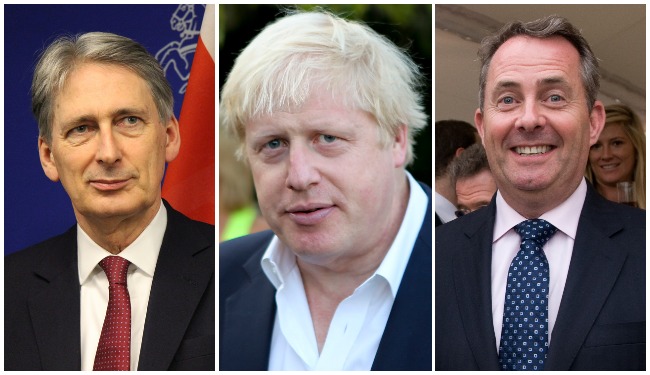 Tory conference kicked off this weekend, coinciding with the launch of Black History Month, when the buried history of black Britons takes centre stage at schools and cultural events across the country.

Despite the usual complaints, (why just one month? etc.), BHM is a useful time for discovery and reflection, when the less great aspects of Great Britain’s past receive some rare attention in the public sphere.

But this year it comes as the Conservative Party enjoys a flush of its reactionary cheeks following the Brexit vote, with its imperial rump – now holding cabinet posts – extolling the glories of British world dominance.

Theresa May last week praised Black History Month, which she said ‘celebrates the contribution made to our society over many years by the African and Caribbean communities’.

But the next morning, her international trade secretary, Liam Fox, was beaming like a sunflower about ‘the glorious joys of free trade’, with constant reference to 18th century economist Adam Smith and Sir Robert Peel’s scrapping of the Corn Laws.

Fox marvelled at how

‘A small island perched on the edge of Europe became the world’s largest and most powerful trading nation.’

As Left Foot Forward editor Niamh Ní Mhaoileoin said: ‘No mention [in Fox’s speech] of the fact that through its zealous campaigns for free trade, Britain appropriated the resources of other nations, brutalised their people and repeatedly instigated war and famine.

‘All of that was considered tolerable because, to quote Fox again, Britain ‘pioneered canal networks and invented railways’, and exported ‘ideas of commerce, law and liberty.’’

Fox is not alone in talking up post-Brexit Britain with reference to its imperial past. Yesterday at Tory conference, Foreign Secretary Boris Johnson unleashed his inner Blimp:

He adds that ‘those days are gone forever and that is a profoundly good thing’: ‘It is good for Britain and good for the world that in the last 60 years – in living memory – those responsibilities have been taken away.

‘And yet,’ (of course there’s an ‘and yet’), ‘it would be a fatal mistake now to underestimate what this country is doing or what it can do.’ What can it do?

‘We can now become the global champions and agitators for this phenomenon doing free trade deals with countries around the world – as Liam will do deals that will continue the process of lifting billions out of poverty, and that is why the world needs Global Britain more than ever as a campaigner for the values we believe in, a catalyst for change and reform and economic and political freedom in a world that has lost confidence in those values.’

Good to see the hubris of empire is ‘gone forever’…

Even Chancellor Philip Hammond joined in the fun, saying during his incredibly boring speech today:

‘Our nation is built upon a history of global trade.’

Which is one way of putting it. He went on:

‘The last 30 years have seen the biggest reduction in human misery and suffering in history. […] Our values, Conservative values, have played a key role in this.

By empowering people, letting people trade and exchange with each other, by building open, democratic institutions and the rule of law, by tearing down the barriers to trade and enterprise, we have unleashed the economic growth that is liberating billions of people from the shackles of extreme poverty.

And I can promise you that this party will continue to champion growth, trade and investment as the surest route to make poverty history.’

Gosh. As if to make the echo of Victorian liberal imperialists complete, Hammond dialled up ‘the great tradition of social reformers like William Wilberforce’ to praise Theresa May’s leadership on tacking modern slavery.

This is pretty heavy stuff for a government preparing to leave the biggest political union of free countries in history.

These muscular expressions of Britain’s power in the world seem almost ludicrously assured for a gang who were fighting like rats in a sack a few weeks ago over who should be Prime Minister.

Indeed, one detects the certain whiff of insecurity in all this flag-waving. And it’s fitting that the focus of their pep talks should be the magical power of trade, since the daunting task of negotiating deals half as good as what we had pre-Brexit begins to dawn on our mediocre pols.

When politicians start banging on about past glories and their country’s power in the world, it’s probably a sign that – in more ways than one – they’re losing it.

See: Four things we learned from Liam Fox’s speech on ‘the glorious joys of free trade’