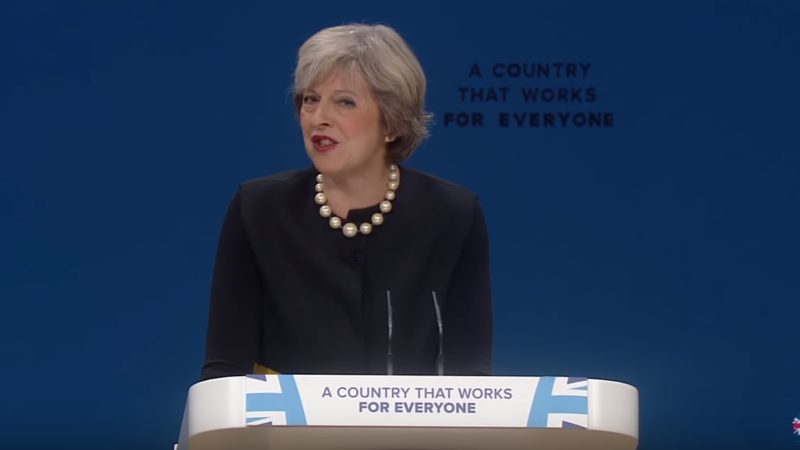 There has been some controversy over the government’s plans to use the emergency powers provisions of the European Convention on Human Rights (ECHR) to exempt British forces from lawsuits.

Despite the bullish selling of the proposals it is worth noting they can’t exempt soldiers from being responsible for torture or allow them to use the death penalty. In these cases the Human Rights Act (HRA) could still be used to bring claims against British forces and they could still be subject to war crimes prosecutions under the International Criminal Court Act.

But it’s the tone of this announcement and the context in which it takes place which makes it worrying for the protection of human rights.

As Dr Marko Milanovic notes, there is little evidence of an ‘industry’ of ‘vexatious litigation’ against the armed forces, which is the stated rational for these proposals.

Yet, it seemed to provide the warm up to the Prime Minister’s speech at the Conservative Party conference where she promised to never again ‘allow left-wing human rights lawyers to harangue… our armed forces.’

Theresa May has been here before; in 2011 when she was Home Sectary she addressed the Conservative Party Conference claiming that there was an illegal migrant ‘who cannot be deported because, and I am not making this up, he had a pet cat.’

Except, she was making it up. Taken alongside the wider drip feed of negative stories about the HRA, many of which are based on misrepresentations of the law, this appears to be part of a process of ‘monstering’ the HRA, designed to create the political conditions for its repeal.

The repeal of the HRA and its replacement with a ‘British Bill of Rights’ has been Conservative Party Policy since 2006. In 2007 the then Leader of the Opposition David Cameron said that a British Bill of Rights could enhance the protection of rights by including rights not included in the ECHR, such as the right to a trial by jury.

Later this was quietly dropped with the emphasis on HRA repeal focusing on criminals using the right to family life to avoid deportation. In 2012 the Commission on a UK Bill of Rights concluded that the HRA shouldn’t be repealed but noted there were ‘perceived problems with the Human Rights Act… largely caused by a lack of public education’.

Ironically the escalation of anti-HRA rhetoric came precisely at the time when the UK Government achieved a major victory on reforming the European Court of Human Rights, with the 2012 Brighton Declaration, which led to a reduction in its backlog of cases. In 2014 the government were able to change immigration rules to make it much harder for criminals to use the right to a family life to resist deportation, again addressing a criticism often levelled at the HRA.

There is a split in the Conservative party between those who think a Bill of Rights should be framed narrowly, to amend the HRA, and those who think it should lead to UK withdraw from the ECHR, in a form of second Brexit. The current Justice Secretary has confirmed that it is still government policy to introduce a British Bill of Rights, although since winning the 2015 General Election this has been subject to a series of delays.

In her Conservative Party leadership campaign in July Theresa May stated that she would not campaign to leave the ECHR as there was no parliamentary majority for such a move. This leaves the door open to withdraw the ECHR at a later date which is considerably easier to do following withdrawal from the EU.

The contents of a British Bill of Rights is as of yet unknown however, the tone of announcements seem to indicate a strong focus on who shouldn’t have rights and where rights shouldn’t be applied.

The 2014 Conservative Party paper ‘Protecting Human Rights in the UK’ contain some indications, such as references to preventing human rights being used in ‘trivial’ cases, that there are moves to distinguish between undeserving and deserving rights holders in a future Bill of Rights.

Repeated criticism by many leading figures in the government of the HRA being used to challenge welfare policy or immigration decisions has been framed in language pointing to an undeserving rights holder. This is also accompanied by claims that certain groups needing to be protected from human rights law, or where human rights law is used by those charged or convicted of a crime that human rights law needs to focus on the victims of crime.

When the recent announcement on the liability of the armed forces is seen in this context, it reads like a trailer to a much narrower, and potentially more meaningless, conception of human rights being pushed by the current government.