Sceptics are right to be, but civil society anti-extremism should be welcomed 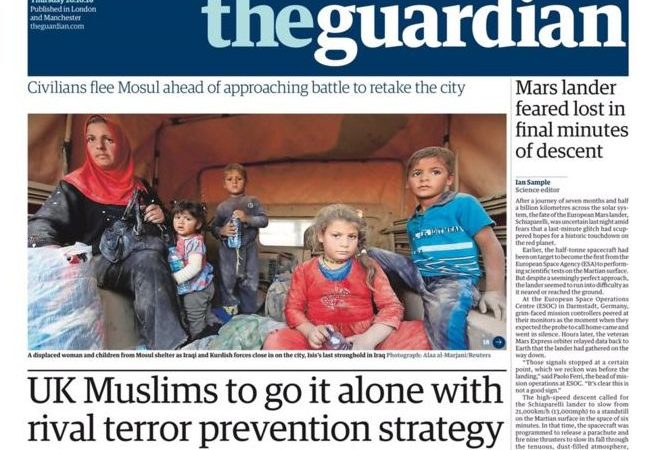 There’s no shortage of articles reminding us of the idea British Muslims consider Prevent a ‘toxic brand’. Lazily relying on the anecdotal, and often times apocryphal, these pieces typically also fail to present an alternative to the government’s vision for countering extremism.

I am sure that is not because they would prefer more radicalisation and terrorism, but have simply fallen into the unfortunate modern trap of pointing to problems and opposing ‘the establishment’ without thinking of a solution.

The Muslim Council of Britain (MCB) has largely taken the same position over the last seven years, their opposition to Prevent perhaps predicated on their relationship with the government of that time.

At debates and conferences, my constant challenge to the MCB and other critics of Prevent, Muslim or not, has been to present solutions to the problems they highlight, and to explain an alternative vision for counter-extremism.

Today’s news that the MCB wants to set up an alternative scheme is therefore to be welcomed.

To shift from refusing to acknowledge that extremism is a problem, to accepting that it is but claiming that it has nothing to do with Islam, to a current position that Muslims can have a role to play in countering extremism, is courageous and timely.

With over 800 young British Muslims making the disastrous decision to join ISIS, and thousands more stopped through counter-extremism or counter-terrorism, it must be a case of all-hands-on-deck to safeguard our young people, build the resilience of our communities, and keep our country safe.

Pessimists will of course be sceptical over the MCB’s former positions.

They may consider the MCB as more arsonists than firefighters and question both their true intentions, as well as their credibility with and access to a wide range of Muslims. I share some of these reservations but hope that this will be an overdue step forward.

At Quilliam, we have long been pushing for tweaks to Prevent to ensure more accountability and more transparency, to take it out of the security space into a full-spectrum approach, and better mechanisms both for working with local communities and learning lessons from approaches abroad or in other sectors.

Simultaneously, we’ve been leading the charge for this to be a civil society responsibility not that of the state, and have been involved in programmes such as Families Against Terrorism and Extremism (FATE), Extremely Together, and Right2Debate.

Governments have responded in kind, with both the new Counter-Extremism Strategy in the UK and Global Engagement Centre in the US – much more focused on empowering civil society and the private sector to challenge extremist communications.

I hope that the MCB’s alternative scheme can similarly engage young British Muslims who feel left behind and bring everyone closer together.

The challenge will be to leverage their anti-establishment rhetoric to appeal to this target audience in a way that doesn’t irresponsibly lead them down a pathway to more extremism.

The MCB must also be sure not to create parallel self-policing communities and exacerbate the polarisation or ghettoization in some parts of the country.

The value that they can add is through leading on difficult conversations about the plurality of identity, promoting non-violent non-extreme responses to grievances about foreign policy, providing robust theological refutations to Islamist extremists, and empowering their networks to run campaigns and programmes that present alternatives to the divisive them-vs-us narrative of extremists.

A key question faced by all of us who do counter-extremism, is how we behave when we come across someone who crosses that legal threshold into promoting or planning terrorism.

While we do not work for the government, we do understand we all have a legal responsibility, as well as a moral and human one, to report people to the authorities where individuals pose a criminal threat.

This does not constitute spying or being government stooges, nor will it should the MCB do the same as part of their counter-extremism programme.

Lastly, Prevent has come a long way to considering other forms of extremism beyond Islamist extremism. Current counter-extremism work focuses much more on family structures, professional institutions, or peer-to-peer strategies than on an approach that sees Muslim community leaders as the preponderant interlocutors and deliverers.

This has the benefit of not reinforcing detrimental identity constructs that place being Muslim above being British, being of Pakistani heritage, supporting Arsenal, excelling at maths, or being gay, and also avoids seeing Islamist extremism as the only thing worth countering and thus essentialising a faith group through a security lens.

I hope that the MCB will build on those important lessons learned in the last decade of counter-extremism, and will hold their own programme to the same high threshold they have demanded of other counter-extremism initiatives – in terms of transparency, evidence-base, and impact.

See: Prevent isn’t perfect – but its critics should stick to the facts