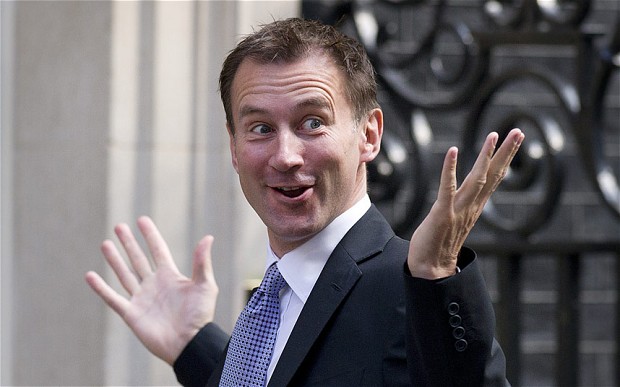 ‘If you think about that scene in Love Actually where everybody is meeting at the airport, that’s the oxytocin feeling,’ chirped the new NHS ‘national guardian’ in her interview with the Times. ‘So wouldn’t it be better if oxytocin was the predominant neurotransmitter in the NHS?’

Dr Hughes babbles on that staff who have a ‘positive attitude’ will feel more comfortable about whistleblowing, telling the Times: ‘If you bring a positive attitude to work with you then you start seeing all those benefits of working well as a team.’

If this sounds more like corporate management uplift than independent scrutiny, that’s because it basically is.

Dr Hughes was appointed ‘national guardian’ earlier this year, after the previous appointee quit in March before they even took up the role. The post was created following an independent review into NHS whistleblowing by Sir Robert Francis QC provoked by the Mid Staffs scandal.

Sir Robert’s Feburary 2015 report found the NHS had a culture of fear about speaking out, and the new post was supposedly meant to address this – though it was given no proper investigatory powers.

Concerns were raised that Dr Hughes’s previous job as Medical Director for NHS England North Central and East London, which oversees 12 NHS trusts in the capital, would make staff reluctant to talk to her openly.

But apparently all they need to do is cheer up, turn their frowns upside down, and ‘start living … the NHS that they want to work in’. Be the change you want to see!

Dr Hughes rather gave the game away when she seemed to shift the responsibility for improving the atmosphere at the NHS onto workers rather than management or the government:

‘If you come to work feeling distrustful, you’re going to transfer that emotion on to the way you deal with your patients. […] ‘It’s about every single person seeing this as their responsibility.’

How reassured health workers must be to read their ‘guardian’ telling them to lose the chip on their shoulder and be happy workers!

And what happens if NHS workers fail to show enough team spirit? ‘At the farthest extreme, if you’ve got someone who’s responsible for the safer surgical checklist and they don’t see it as something they need to be involved in, you could end up having the wrong leg taken off.’

Gosh. So much for the hippy talk. Now it’s ‘cheer up or you’ll hurt your patients’!

NHS workers should just cheer up. And if they want to raise any issues, the good Dr Hughes will be waiting with a sympathetic smile and a private screening of Love Actually.

And remember the importance of public relations. Dr Hughes says of the NHS logo: ‘that brand should carry with it the confidence for patients and the public that if something has been identified as a problem, the organisation is doing something about it.’

Fortunately for health PR, with Dr Hughes in charge of NHS whistleblowing, we’re unlikely to hear about the problems in the first place.

See: Jeremy Hunt will force demoralised doctors to stay and work in a ruined NHS