The 'six million conversations' approach failed – what should take its place? 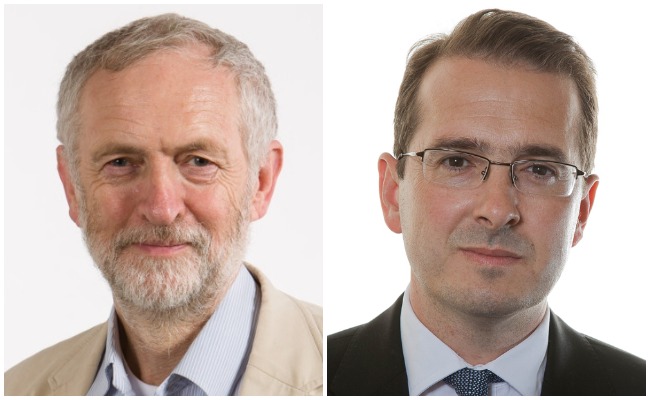 Another week, another Labour Party crisis. Following the fiasco over infiltration (real and imagined) from supporters of other parties, the rise in anti-Semitic abuse, falling behind the Conservatives in Scotland, the shock of Brexit, and the ongoing ignominy of MPs ‘doubling up’ on shadow cabinet portfolios, it is now reported that Conservative leader Theresa May is more popular than her Labour counterpart among every section of the electorate.

So many calamities have befallen the party recently that Labourites can be forgiven for having largely ignored the tasks which should have been given urgent attention following last year’s general election defeat.

One such task, identified by Stella Creasy MP during her deputy leadership bid last summer, relates to the way Labour campaigns. Creasy criticised the ‘six million conversations’ approach advocated by the previous party leadership, pointing out that five and a half million of them could have been: ‘can you go away please, I’ve got the washing on.’

Yet over a year later, little has changed. The famed #labourdoorstep is a vital direct connection between the Party and the electorate, but since this wasn’t sufficient to avoid defeat last year, it is of some concern that Labour’s campaigning success is still measured in terms of conversations with voters.

What could the party be doing differently?

It is by now widely accepted that social media must play a part in any political party’s campaigning strategy. At present, however, Labour MPs aren’t agreed on how to deploy new digital tools.

Phil Wilson, who appears to hanker after a return to the days when ‘Facebook was a family photo album‘, is surely in the minority in wanting to turn back the technological tide. On the other hand, it’s not clear why Labour MPs are responsible for around 60 per cent of tweets sent by MPs on a given day whilst occupying only 35 per cent of seats in the House of Commons.

Could the time some MPs (and their staff) spend tweeting be used more constructively? It’s perhaps time for the approach Tom Baldwin sought to instil into Ed Miliband’s media performances – do less, but do it better – to be applied across to social media.

Jeremy Corbyn’s team has cultivated a huge online following that regularly generates its own content to support the Labour leader. Owen Smith’s campaign, meanwhile, has deployed targeted online adverts to bolster its candidate (in July the anti-Corbyn campaign group Saving Labour used similar techniques to sign up new registered supporters to back Smith).

Though it has taken some time for British political parties to adopt the techniques used by their US counterparts for many years, it is vital that the current digital expertise in the Labour Party is retained and developed after the leadership contest.

Online activity is continuing to expand and Facebook in particular is becoming an increasingly important source of news content. As such, Labour should be confident that in this area, at least, it can help MPs and activists become smarter at communicating policy and campaign commitments.

The striking amount of ‘bottom-up’ social media content generated by Corbyn supporters hints at a more general principle Labour could look to apply to its campaigning: greater devolution. If, as expected, Jeremy Corbyn triumphs in the leadership contest, one way for him to demonstrate a willingness to repair relationships with MPs would be to grant them greater freedoms over which Labour policies or campaigns they promote locally.

This would chime well with other measures aimed at decentralising power, including moves towards a more autonomous Scottish Labour Party.

It would also make sense electorally: if MPs and candidates have more freedom to campaign on those elements of the Labour offer which have a distinct local appeal, the party could gain a greater hearing in areas of the country where it has lost ground in recent years.

It is not surprising, for example, that Labour’s 2015 opposition to the bedroom tax gained great traction in constituencies with a high proportion of council housing, but was less popular elsewhere.

A shift towards localism should be accompanied by a change in the party’s organisational structure: both staff and funding should move from the centre to the regions, and from the regions to local authority areas. In turn, local parties should actively seek to expand their membership base, in part to help formulate and disseminate a more distinct local message.

As Theresa May struggles to define Brexit, large numbers of disaffected Remain voters represent an opportunity for Labour. In our first-past-the-post electoral system, it is entirely logical for the main opposition party to seek to recruit from those who are most opposed to a Conservative-led Brexit.

A successful recruitment drive would also be a good way to help to spread the additional workload that would accrue from greater devolution of campaigning responsibilities.

Whoever wins the Labour leadership contest will have a daunting in-tray awaiting them on returning to Westminster after party conference. But a shift in the way Labour campaigns – a more professional approach to social media, greater devolution of responsibilities to MPs and local parties, and a more active and targeted recruitment drive – could help the party to reinvigorate itself.

Although a snap general election now appears unlikely, Labour’s new leader should act as a matter of priority, to ensure the same campaigning strategy followed in 2015 doesn’t lead Labour to a similar result in 2020.

James Coldwell is a Southwark Labour councillor for Newington ward