Diane James is a smooth operator, but don't expect much change in UKIP's message 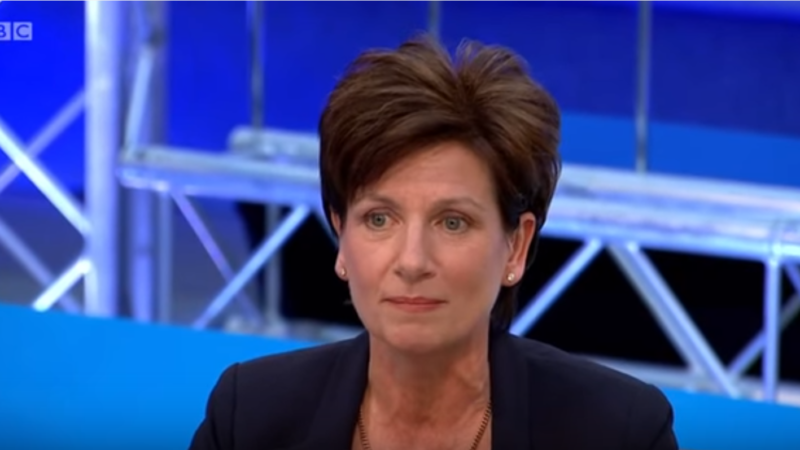 Diane James has been elected as UKIP leader, with a decisive 47.7 per cent of the vote.

However, since polling shows that just eight per cent of people know who James is, we wanted to share some key facts about her career so far.

The MEP for the south east and previous deputy chair has — like Theresa May — run a ‘safe pair of hands’ campaign, promising a more professional UKIP, with robust costed policies, and pledging to make the party the official party of opposition after the next election.

Like Nigel Farage before her, James is a smoother media performed than many of her colleagues, less prone to the sort of gaffes that reveal the nasty UKIP underbelly.

But no one with the backing of Farage, Arron Banks and 8,451 UKIP member’s votes can have a clean record, and James is no exception.

Here are six of her most telling public statements.

In an LBC interview in August 2015, James said she admired ‘nationalist’ Vladmir Putin ‘from the point of view that he is standing up for his country.’

“He is a very strong leader. He is putting Russia first and he has issues with the way the EU encouraged a change of government in the Ukraine which put at risk, put at danger, a Russian population in that country.”

She has refused to apologise for these comments, even in the aftermath of Russia’s devastating campaign in Syria, and last month described Putin as ‘one of the most patriotic leaders the world has ever seen.’

2. She has repeatedly used terrorist attacks to denounce the EU and demonise refugees

Although she attempts to present herself as the gentler face of the party, James is quite willing, like her predecessor, to stigmatise the world’s most vulnerable people when it suits her political purposes.

Following the Paris attacks in November 2015, James said that ‘Schengen’s open border idea allows free movement for terrorists and has resulted in mass murder in Paris.’

In the aftermath of the attacks in Brussels in April, she said that ‘one can only feel compassion for the Brussels attack victims’. But that didn’t stop her instrumentalising the dead to make a cheap political point by using the attacks as a justification for Brexit.

When contesting the Eastleigh by-election in 2013 (which she came worryingly close to winning), James called for a temporary halt to all immigration to stop Romanians and Bulgarians coming to the UK and committing crime.

“We are not just talking about pressure on services from immigration but also, and I have to say it, the crime associated with Romanians.”

She went on to say that ‘Romanian criminal gangs pickpocketing’ had been a major problem with the London Olympics.

James was subsequently forced to apologise for her comments.

It’s the policy issue of the moment, in which those with a basic respect for evidence face off against backward-facing right-wing ideologues.

And James has nailed her colours to the mast.

UKIP has led the way in arguing for the creation of new grammar schools. Under my leadership we would help ensure this is now delivered.

5. She thinks we should admit more migrants from the Commonwealth ‘because they speak our language’

In the first major televised debate of the EU referendum campaign, James was booed for calling for doctors to be admitted from the Commonwealth instead of the EU on the basis that they speak English (which no EU citizen ever could, obviously).

“We know we want doctors, if we’ve got qualified doctors in Commonwealth countries …why not have somebody from the Commonwealth who speaks our language?”

Interestingly, the Commonwealth countries she named were Australia, New Zealand and Canada — all of which happen to have majority white populations.

6. She admits that ‘we just don’t know’ if Britons will need visas to travel in Europe

In the same debate, James was quizzed by Victoria Derbyshire on whether British people would need visas to travel to the rest of the EU in the event of Brexit. She responded:

And there’s no sign that she’s figured it out since then, either, which doesn’t bode well for her contribution to the serious debate about the nature of Brexit.

So, while UKIP may be a less blokey, more polished version of itself under James’s leadership, we don’t have high hopes that any meaningful change is on the way.

See also: Nigel Farage resigns – but will keep taking £76,000 from the taxpayer