UKIP leader says he's no career politician. So why stay on as an MEP? 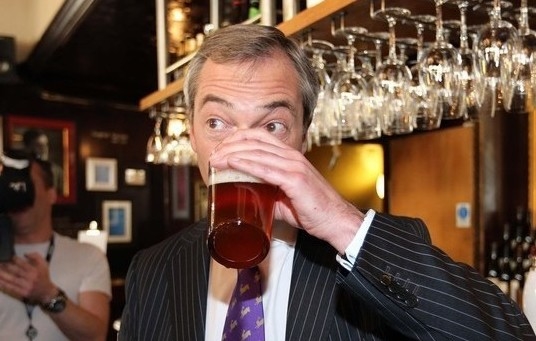 So said Nigel Farage this morning as he resigned as leader of the UKIP. As with everything Farage says, it bears a little scrutiny.

For one thing, he’s been an MEP since 1999, after becoming UKIP party chairman the year before. Seventeen-plus years in post looks a lot like a career to most people.

But there’s more. Farage said he and other Ukippers will stay on as members of the European Parliament until Britain formally leaves the EU, which he says could be around two years.

In other words, he intends to keep picking up the juicy salary of being in a job he doesn’t think should exist, for a party he no longer wants to lead, having essentially given up on full-time politics.

Some ‘man of the people‘!

Meanwhile, Farage has the second worst voting attendance of any MEP, turning up for only 40 per cent of votes on the EU laws he claims to oppose.

So he picks up the cheque, but skips out the work.

Has there ever been a more hypocritical political figure in British public life?

See: Nigel Farage is no enemy of ‘the elites’ – as his record shows

9 Responses to “Nigel Farage resigns – but will keep taking £76,000 from the taxpayer”