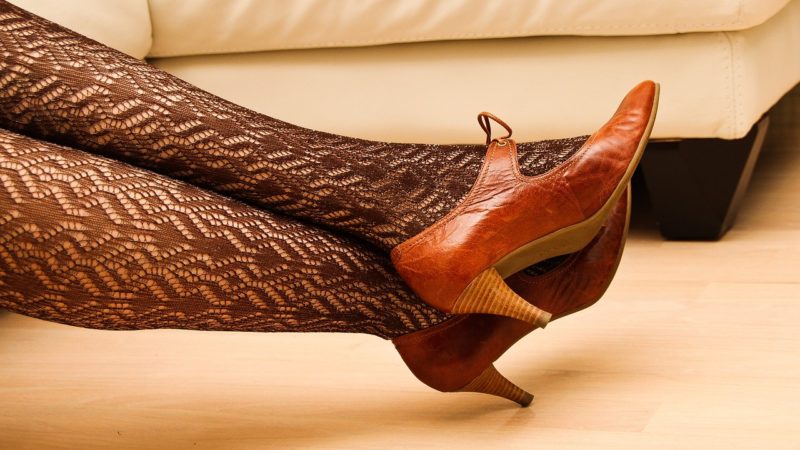 The Society of Chiropodists and Podiatrists has tabled a motion at TUC Congress today, highlighting the problem of sexist dress codes which force women to wear high heels at work.

The furore surrounding Nicola Thorp being sent home from work by her agency from a receptionist job in London for refusing to wear high heels shows that the issue of safe and appropriate footwear at work is still alive and kicking.

Currently it is still legal for a company to stipulate that their female employees wear high heels to work as part of a dress code related to their job. The use of this type of shoe appears to belong with a conceived image around elegance and sexuality, rather than any practical function.

Given this, it has attracted a large amount of media attention, raising issues around inequality and enforcement of shoe style.

The Society of Chiropodists and Podiatrists (SCP) raised the issue at Trades Union Congress in 2009, and the TUC issued a guide stating that dress codes which require women to wear heels are sexist. The issue and problems associated with short and long term injuries that are caused by inappropriate footwear are still prevalent in the workplace.

The issue has attracted significant public interest, with a parliamentary petition gathering over 150,000 signatures. The government’s petitions committee launched an enquiry, which may lead to a debate in parliament.

In manufacturing, building and construction and many other workplaces appropriate footwear is mandatory for safety purposes, so the SCP feels that the same standards should apply in other industries. We are not calling for a ban on high heels but calling for common sense and fairness in the workplace.

Our members deal with the aftermath of poor footwear especially high heels on a daily basis. They see first-hand the damage that can occur and the potential for poor foot health to end a career or to make it impossible to continue working through mobility issues.

Our Motion back in 2009 was an attempt to highlight the very issue that Nicola Thorpe has been penalised for, the refusal to wear inappropriate footwear at work.

Men do not suffer from the same unreasonable rules and this issue as far as the SCP is concerned is both a health issue and employment rights/discrimination issue.

The SCP advocates that women should not be forced to wear high heeled shoes in the work place as part of a uniform. It believes that there is a strong body of clinical evidence that significantly indicates the medical and disabling effects of wearing a high heel shoe over a prolonged amount of time. In fact, a survey of 2,000 women in the UK by the College of Podiatry in 2013 revealed self-reported foot problems in 90 per cent of respondents.

There is proven evidence to associate foot pain, bunions, painful skin lesions, lower limb pathology, falls and subsequent injury with wearing high heels. The Society hopes to inform the debate surrounding the potential change in law about mandatory footwear policies for women that could result in harm.

The SCP also believes that it should be an individual’s choice whether to wear a high heeled shoe to work. The enforced wearing of high heeled shoes in the work place infringes on women’s identity, is out of date and needs to be changed.

We therefore call on the TUC and affiliated unions to work closely with the SCP and its members to educate employers and employees on the dangers of inappropriate footwear at work and to campaign for the law to be changed to enable women to not be compelled to wear heels at work.