Adam Barnett
8 August, 2016
A Britain We All Call Home 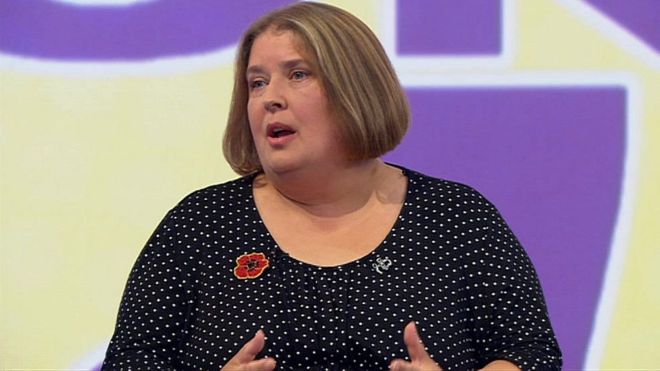 After the collapse of technologically challenged Steven Woolfe, another Kipper has stepped forward to wear Nigel Farage’s beer-stained crown.

Lisa Duffy may be a mere councillor from Ramsay, Cambridgeshire, but she made a bold pitch today for UKIP leader, striking a Trumpish pose with a trinity of anti-Muslim policies.

Duffy called for bans on Muslim face veils, sharia courts and Islamic faith schools – telling us much about what sort of UKIP we’d see with her as grande fromage.

Now, all three proposals are likely to divide opinion, even on the Left, crossing as they do issues of religious freedom, secularism and women’s rights. But here are a few reasons why UKIP’s Duffy is selling a purple bill of goods:

1. UKIP is not a secularist party. Duffy’s party has never had a problem with Christian faith schools or cannon law, let alone called for disestablishing the Church of England.

In fact, Nigel Farage has called the UK a ‘fundamentally Christian nation’, and said UKIP ‘takes Christian values and traditions into consideration when making policy’.

2. UKIP is not a feminist party. Far from standing up for women’s rights – whether Muslim or otherwise – UKIP’s record is a nightmare for women.

Its 2015 general election manifesto is full of Right-wing policies that would hurt women the most. On top of that, UKIP has called for scrapping paid maternity leave, laws against sexual harassment at work, and equality laws against sexist hiring polices.

Oh, and the party is brimming with sexism, from Farage on down.

3. UKIP is not for freedom or equality. Here it’s worth parsing what Duffy said today:

‘Why should I, as a white, Christian woman, effectively enjoy greater civil and human rights and freedoms than others?’

Such as the right to send your child to a faith school of your choice?

‘My ambition is that everyone, from every community, should be able to enjoy the same rights and have the same independent control over their lives and their bodies as I do.’

Except for the right to choose what to wear?

‘It is about making sure there is one law for all, rather than making an exception for a community because we are frightened of causing offence. There is no offence to be taken if all are treated equally.’

Is singling out one religion ‘treating people equally’? Are you not ‘making an exception’ of Islam? How is a simultaneous hands off approach to Christianity, Judaism, Hinduism and Sikhism ‘one law for all’?

And like her ideological kin on the continent, Duffy’s counterfeit politics debase the real currency.

Genuine secular feminists, who have campaigned for decades against all forms of oppression, are currently mounting a feminist critique of Theresa May’s review of sharia councils in Britain. Their careful research and informed conviction is abused and defamed from a range of sources as it is.

What Duffy and her comrades do is drive a bulldozer through real struggles for the rights of minority women the better to lead a racist party into parliament.

In doing so, they not only stoke bigotry against Muslims, but empower conservative forces among minorities, and drown out voices of dissent.

This is a double racism in a purple rosette. Oh rose, thou art sick.