We have a rich sporting culture but need one too for democracy, writes Molly Scott Cato 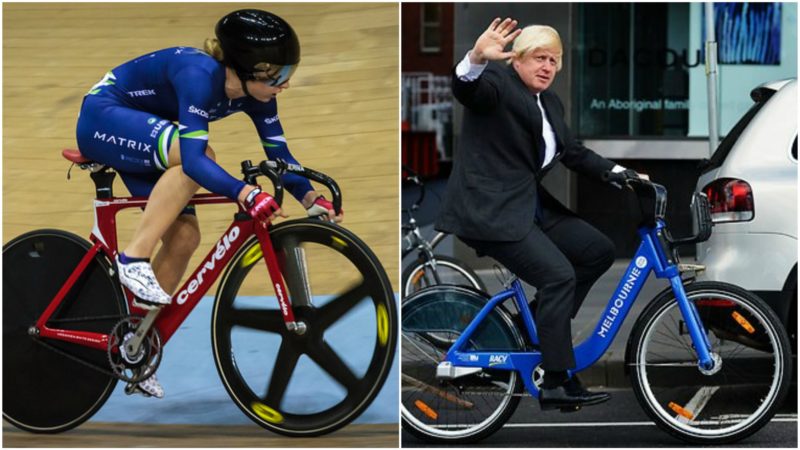 Whether you were glued to your TV set through the night or just caught news of the medals flooding in, there can be few of us in Britain who aren’t feeling a warm golden glow washing across the Atlantic from Rio.

Our ‘sporting superpower’ status is especially welcome during what is a turbulent time politically. So, are there lessons from our success in sport that we might apply to revitalising our political system?

Let’s imagine for a moment that we treated our potential Olympians like we do our politicians. We would choose our Olympic athletes by public vote. Our choices would effectively be controlled; we could choose between two pre-selected groups of athletes: one Red and one Blue. Other athletes, no matter what their skill or determination, would struggle to be chosen.

Of course, we can’t just blame our two-party system, which controls around two-thirds of our parliamentary seats. As voters we don’t always make the best choices.

If we were given the job of choosing our gymnastics squad we would be unlikely to choose a guy who made us laugh, cracked jokes and quoted bits of Latin inopportunely. Boris Johnson has successfully cultivated these attributes to become a popular buffoon, but they are no more useful in a politician than they are in a sportsperson.

Andy Murray may be dull to listen to but we don’t much care because on the court he is totally dedicated and passionate.

And, as in sport, you should not be able to enter politics simply because you have family connections. We should end the system of party patronage and inherited privilege and choose our politicians on the basis of merit.

To this end, it is therefore encouraging that Jeremy Corbyn has announced plans to abolish the House of Lords and replace it with an elected House. This follows Green Peer Jenny Jones recent attempts at reform through a private member’s Bill which called for a democratically elected second chamber.

However, unlike the Green Party, Corbyn has not included plans to end our discredited first-past-the-post electoral system and replace it with a system of proportional representation. This absence of electoral reform shows a failure to address the ‘growing democratic deficit’ he says he wants to overhaul.

Few would question the dedication of our athletes in Rio, and while many politicians do show such commitment, for some it is a job like any other rather than the vocation it should be. To others it is ‘a parlour game to be played with old college friends’.

Research by the Fabian Society a few years ago into public disillusionment with politicians revealed that almost a third agreed with the statement: ‘politics is a game played by an out of touch elite who live on another planet’.

Of course athletes play games too, but an important aspect of Team GB’s success has been down to teamwork. The ability to balance individual achievements with pride in team and country has been key to British success.

This is something that used to make us feel proud to be British: our ability to work together in adversity. But this spirit was killed by Thatcherism which vaunted self-advancement and individualism. Our athletes have learned that working together we are stronger; something our politicians would do well to learn.

Conflict is and always will be at the heart of politics, but we also need to find shared goals to work towards and to avoid rancorous disrespect and opposition for its own sake.

While many question the millions spent on earning our medals in Rio, this increase in sports funding contrasts with the massive cuts to funding for politics in recent years, something acutely felt by the civil service and local government.

A key part of maintaining success in sport is inspiring future generations. In politics too, we must inspire young people to become actively involved. In the Green Party we have a wonderful group of idealistic and enthusiastic Young Greens; I am sure other parties have the same.

But if we denigrate politics we are unlikely to attract the brightest and best to join us. We also need to help young people find routes into political life. In sport we identify likely candidates and train them, but not so for politics. Publicly funded training and opportunities to learn from existing politicians would help.

Bill Shankly famously said that ‘some people think football is a matter of life and death. I assure you, it’s much more serious than that.’

Whether for the hundreds of thousands who died as a result of the Iraq war or the disabled who are dying because of welfare cuts, politics is genuinely a matter of life or death.

It may be too much to expect politics to make us feel as good as sport can, but we could expect it to stop damaging our lives as much as it has in the past several decades.

Our politics and democracy need to go for gold, not loiter at the bottom of the medals table.

4 Responses to “The UK is now a sporting superpower – what can our politicians learn from Team GB?”