Leadership contender pledges to extend democracy in the country, in communities, in the economy and in the party 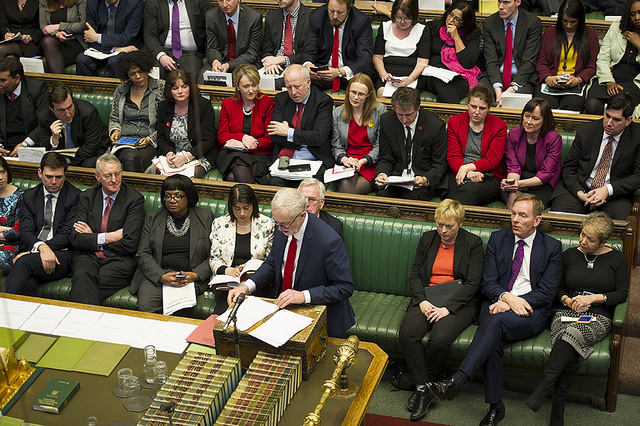 Jeremy Corbyn has unveiled plans to tackle Britain’s democratic deficit, including the replacement of the House of Lords with an elected second chamber and greater devolution of power to local communities.

As ballots for the Labour leadership started to go out, Corbyn said he would ‘break open the closed circle of Westminster and Whitehall, and of the boardrooms too’.

His promises include a radical overhaul of the constitution, radical devolution to councils, regions and nations, the replacement of the House of Lords, a greater role for citizens assemblies and greater local control over public services, including an entitlement to call local referendums to challenge privatisation.

Within the Labour Party, he promises to create a charter of rights from party members, expand the national executive to recognise membership increases and do more to empower diverse sections of the membership, including women, working class, black, disabled and LGBT members.

Speaking about his plans the incumbent leadership candidate commented:

“Decisions in Britain are overwhelmingly taken from the top down. And that’s crucial to why our country is run in the interests of a privileged few.

“That has to change – so that the country works in the interests of the millions, and not just the millionaires.

“I believe in the wisdom of ordinary citizens. That’s why we are launching proposals to extend democracy in every part of public life: in national politics, communities, the economy and the workplace – and in our own party.

“Labour under my leadership will listen to ideas from the bottom up – and take radical action to transform and rebuild our country so that no one and no community is left behind. We need nothing less than a democratic revolution in our politics, communities and workplaces.”

Interestingly, Corbyn’s pledge does not make any reference to electoral reform. While other progressive parties believe that scrapping first past the post is essential to building a more robust democracy, Labour tends to be more wary of electoral change.