This afternoon, Caroline Lucas is proposing a motion calling for proportional representation and votes at sixteen 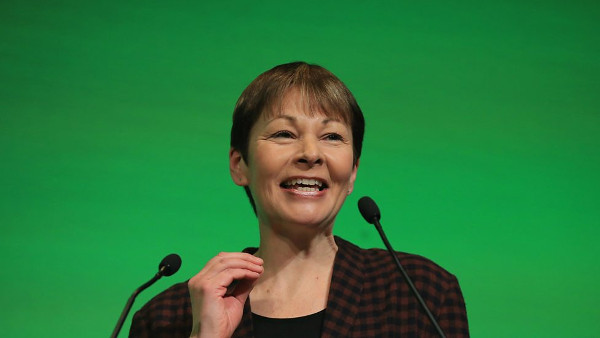 If there was one phrase that won the EU referendum for the Leave side, it was ‘Take Back Control’.

For millions of people, the idea of being politically empowered energised them on 23 June.

That phrase resonated and arguably drove people to the polling stations in the largest numbers for over 20 years.

The flip-side of this is that — whatever your views on the result — many people didn’t actually think their vote would count last month, something which became a common refrain in the aftermath of the result.

So it’s perhaps ironic that people were mobilised to ‘take back control’ – and yet for many it was a vote of protest coming from a feeling of alienation from the political mainstream.

Because the referendum was an unusual phenomenon for a UK-wide poll: every vote counted.

From the one million (predominantly young) people put off voting because their Green vote ‘wouldn’t count’ in their area, to the UKIP supporters who see their party win over four million votes but just one seat, our voting system is a generator of intense disillusionment.

‘Take back control’ resonated because, in our democracy, you really aren’t in control of the outcome.

At the last General Election, 74 per cent of votes (representing 22 million people) were ‘wasted’ — i.e. they didn’t contribute to electing the MP — while 2.8m voters were likely to have voted ‘tactically’, holding their nose to back a ‘lesser evil’.

And despite the surprise outcome – a Conservative majority – the Electoral Reform Society was actually able to call the winner correctly in 363 of 368 seats a month before polling day due to the prevalence of ‘safe seats’ under First Past the Post.

David Runciman goes further, arguing so many of the crises we are currently facing stem from First Past the Post:

“It empowered Cameron to take a huge gamble despite his tiny minority. It forced the entire Labour movement to line up behind a leader who was not competent to lead them. It wiped out the Lib Dems, who for all their faults have been sorely missed. Proportional representation is usually dressed up as an issue of fairness…but there is a better argument: it is a matter of basic security against misrule by careless and cavalier politicians.”

PR makes it harder for politicians to take reckless leaps in the dark because they have to work together. And politicians would not be forced into bizarre and unstable internal coalitions — the ones that currently make up our fracturing party system — that simply cannot hold and which pave the way for political crisis.

FPTP papers over the cracks of our political system but the cracks are very much there, and growing all the time.

So when the majority of seats are a complete shoo-in for a party, and all other votes there are wasted, of course people are going to be switched off from the political system – and to jump towards demands to bring power closer to them.

Today, there’s the chance for politicians to put the phrase ‘Take back control’ into Parliament. To put the voters in charge so that every vote counts and millions of citizens’ voices aren’t thrown on the electoral scrapheap, stoking up discontent.

This afternoon, Caroline Lucas, the Green Party MP for Brighton Pavilion, will be presenting a Ten Minute Rule Bill calling for proportional representation and votes at 16.

Her ‘Electoral Reform (Proportional Representation and Reduction of Voting Age)’ motion, while unlikely to become law, is a chance for MPs to put their words into action, and for us to raise the cause of reform in Parliament.

“The movement for a fairer voting system is stronger than ever – with support from across the Labour Party, UKIP, the SNP, the Lib Dems, Greens and people across the country. I hope that MPs from across the political divide back this bill and take us a step further towards shifting power away from Westminster and into the hands of voters.”

Writing for the ERS blog recently, Noel Longhurst hit the nail on the head: ‘It would be a fitting and ironic dénouement if, when looking back, the slogan ‘Take Back Control” was ultimately responsible for the development of a democratic system in which all citizens felt that they have a voice, and which was fit for the 21st Century. It is a task in which we should all be engaged.’

Today, there’s a chance for politicians on all sides to listen to the result of 23 June, and to deal with the task at hand in these turbulent times. Let’s make the phrase ‘take back control’ really mean something.

Josiah Mortimer is a contributing editor at Left Foot Forward and works for the Electoral Reform Society. Follow him on Twitter