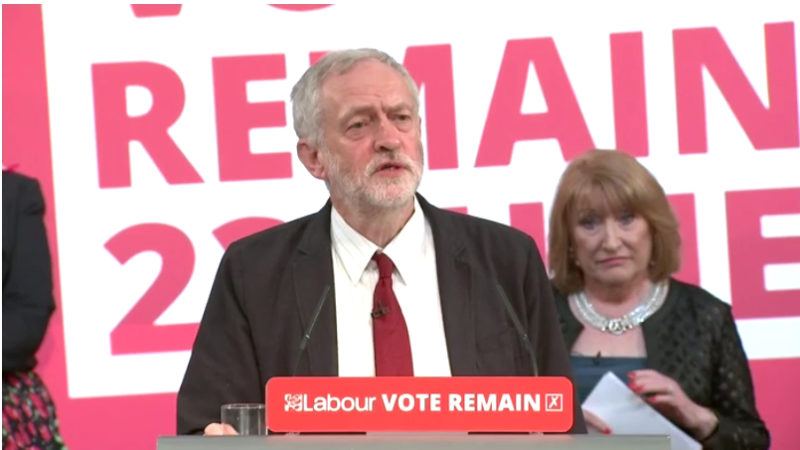 Jeremy Corbyn is ‘doing badly’ and should resign as Labour leader, according to new polling of trade union members, with a majority saying Corbyn will never be Prime Minister.

The results come as Labour’s National Executive Committee meets today to rule on whether Corbyn should be on the ballot in a leadership contest.

Over three quarters, or 76 per cent, said it was unlikely Corbyn would ever be Prime Minister.

Further, respondents believe Labour would fare better in an election with a different leader…

…with 45 per cent saying Corbyn should step down now.

If Corbyn makes it onto the ballot, the chances of union members voting for him is a close run thing. The poll finds 38 per cent would back the incumbent, against 35 who would not.

As these tables show, the results were consistent across the five unions. YouGov used TUC membership data to use a representative sample.

Unite general secretary Len McCluskey dismissed the results of the poll. As Labour List reports, he told the BBC ‘These kinds of polls can be twisted and interpreted in many different ways.’

See: Labour must win power to bring progressive change – and Jeremy Corbyn should say so