Both migration policy and economic reforms have intensely gendered impacts 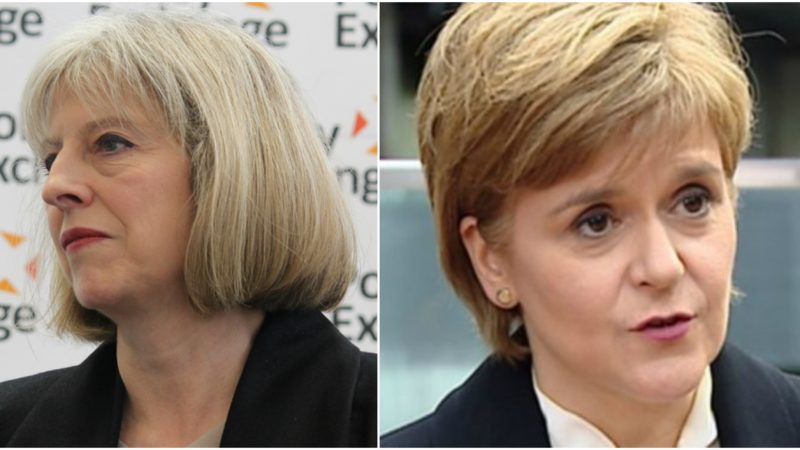 There is no shortage of analysis on the post-Brexit fallout but, following a trend established in the referendum campaign, issues of gender are remarkably absent. Indeed, women’s voices are rare in the debate regardless of their position.

Despite the hundreds (if not thousands) of articles, opinion pieces and speeches about Brexit, the one thing that is certain is uncertainty.

In a time of such crisis and confusion, feminist interventions can be particularly useful – even if it is in these times that they tend to be most absent or ignored.

Feminist analysis can help to uncover the dynamics of the economics and politics of Brexit, as well as adding a new layer of understanding to the migration question.

Economic policy is deeply gendered – the different general positions of men and women in the economy means that any policy intervention will impact them different.

In the UK, successive budgets have been analysed by the Fawcett Society, which has highlighted that women are bearing the burden of austerity cuts and reforms. In the aftermath of the referendum, it is likely that this disparity will continue.

However, the economic impacts of the vote are themselves gendered. For example, the pay gap for women over decades has lead to a pensions gap – women tend to have lower pensions, and to be more likely to have no private pension at all.

This existing disadvantage means that women are more likely to suffer the consequences of the devaluation in pension funds caused by the market instability and the sterling fluctuations.

Additionally, the proposed tax reforms, particularly to the corporate tax rate, mean a transfer of wealth away from those who rely on various public services and supports to the already wealthy.

This would further the gendered impact of austerity, which has removed social supports and sources of employment from women, and placed an additional burden on those who take responsibility for care work – predominantly women.

The economic turmoil triggered by the uncertainty following the vote will exacerbate existing inequalities, and these inequalities are both gendered and racialised.

The gendered structure of the impacts of the Brexit vote should be unsurprising given the nature of the referendum campaign itself. Women’s voices were rarely heard, with men dominating academic and political discussions.

While all male panels and the dominance of male columnists and talking heads continues after the result, there has been some change to the political landscape.

As the major political parties react to the vote it seems women are coming to the fore, whether as existing leaders such as Nicola Sturgeon — staking out her position and gaining plaudits as the only political leader acting responsibly — or emerging as candidates for the leadership, such as Theresa May.

While advances in gender equality in political representation are to be broadly welcomed, it is important to examine the nature of the change.

The new prominence of female political leaders has been described as a necessary counter to the irresponsible male leadership shown in the referendum. This mimics the discourse in the aftermath of the economic crisis, where women were promoted as the solution to a testosterone-fuelled macho financial culture.

Such a move is clearly essentialist – women are presented as appropriate leaders only when they can offer stereotypically female traits such as risk-aversion, empathy and responsibility.

Additionally, in the case of the economic crisis, this promotion of gender equality was shown to be contingent and temporary, fading into the background as the crisis abated and profits returned. Therefore, it is worth thinking about the standards that these female political leaders are measured against.

Concerns over migration played a major role in the discourses of the referendum, and these have now mutated into heightened racism and abuse.

Migration is itself deeply gendered, as can be seen from the different migration patterns of men and women, but also in how migrants are constructed in media discourses.

The despicable rise in racial attacks in the days since the vote merges with street harassment of women. Even before the vote, Muslim women were the group most likely to be subject to racist street abuse.

While the rise in racism has been roundly criticised, it is essential to understand how this racism connects with sexism, both in online abuse and in the street.

Racism and sexism combine in migration policy debates as well. The famed points system proposed by Leave campaigners is based on the Australian system that has led to inhumane treatment of migrants of refugees and is itself the policy embodiment of a racist and xenophobic attitude.

Further, a points system operationalizes sexist discrimination – for example by setting earnings requirements for entrants. Since women on average earn less than men, their success in such a system will be systematically lower.

Further, unpaid work does not count in such a metric based system, and so the work of women in care and the community is discounted, further disadvantaging applications by women.

The proposed points system then provides a clear example of the intersections of xenophobic policy and gendered economic inequality.

In the coming uncertainty, it is likely that gender equality policies will be pushed to the side as crisis mentality considers them optional.

It is crucial to counter this with a consistent feminist analysis of economic and political events.

One of the key mechanisms for presenting concerns of gender equality as something separate and optional is to present reforms and policies as gender neutral. However, as shown above, both migration policy and economic reforms have intensely gendered outcomes.

No economic or political debate is removed from gender and other inequalities.

Whether you supported Leave or Remain, uncovering, highlighting and opposing these interactions must be central to the progressive movement in the United Kingdom in the years to come.

Muireann O’ Dwyer is a PhD candidate in European Law and Governance in University College Dublin, researching the role of gender in the EU’s economic policy regime. Follow her on Twitter.

5 Responses to “Feminist analysis can help us to understand Brexit”