Women were victims in 61 per cent of cases 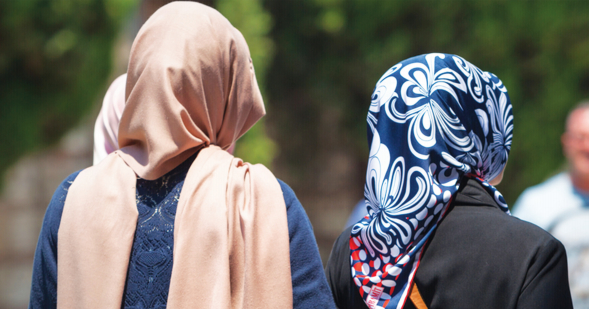 Anti-Muslim attacks trebled in 2015 compared to the previous year, according to monitoring group Tell MAMA.

They include 219 cases of verbal abuse and 74 of assault, from common assault and battery to attempted and grievous bodily harm.

There were also 25 attacks on mosques and other Muslim institutions, including vandalism and criminal damage. 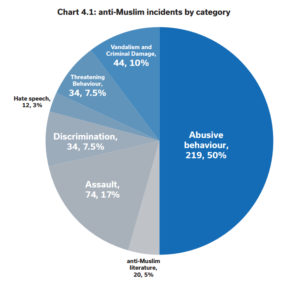 Their report, out today, comes during a spike in racist attacks following the EU referendum result.

Tell MAMA uses the police definition of hate crime, based on the Macpherson Report into the Stephen Lawrence case, which said a racist incident was ‘any incident which is perceived to be racist by the victim or any other person’.

However, Tell MAMA seeks ‘secondary corroborating evidence’ of an incident being anti-Muslim in nature, and does not include cases where this is absent in its reports.

This year they received 1,128 reports of anti-Muslim incidents, but only analysed 801 of these, having excluded 327. 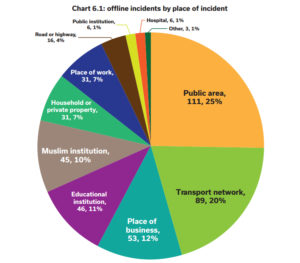 The group has also collected data from the police on anti-Muslim crimes and incidents.

Muslim women were 61 per cent of victims, based on available data, and usually targeted on public transit or when shopping.

Tell MAMA has called for better training for employees at train stations and buses to intervene in anti-Muslim incidents, and argues the attacks are the product of anti-Muslim sentiment in society promoted by the media and politicians.