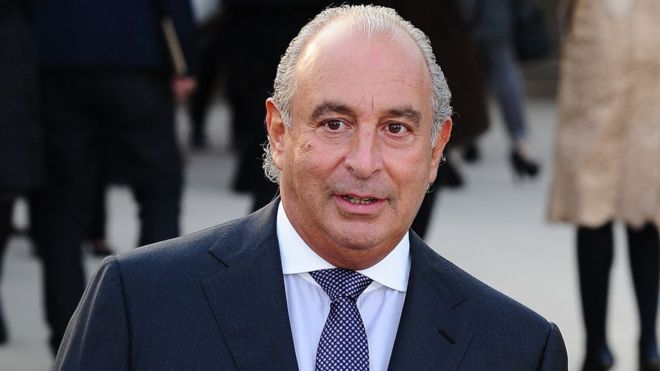 Today’s report on the collapse of BHS, written by the House of Commons Work and Pensions and Business, Innovation and Skills Committees, is a damning indictment of everyone involved with the company.

BHS directors and shareholders enriched themselves at the expense of employees who have lost their jobs, and also stand to lose a substantial part of their pension entitlements. As always, taxpayers will pick-up the tab.

They extracted cash not only through high dividends but also through a series of intragroup transactions, carried out with companies registered in opaque tax havens of Jersey and the British Virgin Islands, all under the control of the Green family.

BHS’s £125,000-a-year non-executive chairman Lord Grabiner was supposed to provide an independent check on the main board, but that too failed.

The report notes that Lord Grabiner could not even explain the reasons behind the structure of the companies associated with BHS, or knowledge of some of key transactions.

The pension scheme trustees also lacked the requisite independence, because many were also directors of many of the companies controlled by the Green family, though some had pressed Sir Philip Green and his fellow directors to eliminate the pension scheme deficit. They were unsuccessful.

BHS was technically insolvent for many years and had made substantial losses. Its ultimate parent company Taveta Investments Limited promised financial support in writing, but it was not forthcoming. Despite this, BHS auditors failed to raise any red flags.

For a number of years, BHS had reported losses and large deficiencies in its pension scheme but this did not force the Pension Regulator to act.

There is a pressing need for urgent reforms, because many other BHS’s are in the making.

Vodafone had a deficit of £549 million but paid dividends of £3 billion and £3.04 billion for 2014 and 2015. Directors personally benefit from neglect of pension obligations because they hold shares and share options. Higher dividends increase the value of share options.

Companies are clearly prioritising executive remuneration and shareholder returns above the interests of employees. One might look to the government to compel corporations to honour their pension obligations, but that is not so. Tata Steel is trying to sell its UK business.

Potential buyers are concerned about the £700 million pension scheme deficit. So the government is proposing to introduce legislation to dilute pension scheme members’ rights which will hit thousands of past and present employees.

This is an invitation to directors to plunder companies and leave employees to bear the cost.

So what should be done?

1. We urgently need mechanisms to ensure that directors and shareholders do not treat companies as their back-pockets. Their power to extract cash must be checked and someone must be able to say No.

The best way of doing that is though a two-tier board structure. Under this, one-tier, the Executive Board manages the business. The second tier, the Supervisory Board, entirely elected by stakeholders, including employees, supervises the Executive Board.

Its duties would include approval of major financial transactions, dividends, loans, executive remuneration and corporate strategy.

2. Directors have to pay various creditors in order to carry on the business. The same should apply to the obligations to employees. Companies should not be permitted to pay dividends until deficiencies on pension scheme have been made good.

3. There must be a complete separation of pension trustees from the company boards.

5. All companies with deficits on their pension scheme should be required to submit a plan to the Pension Regulator explaining how they will eliminate the deficits.

The Regulator will need to approve such plans. The documents should be publicly filed so that all present and past pension scheme members become aware of the promises and risks.

6. BHS is in liquidation and its pension scheme stands as an unsecured creditor, i.e. it will only receive something after the secured creditors (e.g. banks) have been paid in full.

7 Responses to “BHS scandal: Six urgent reforms to save BHS clones in the making”