NHS staff cheered when they thought Hunt had been sacked, writes Jonathan Bartley 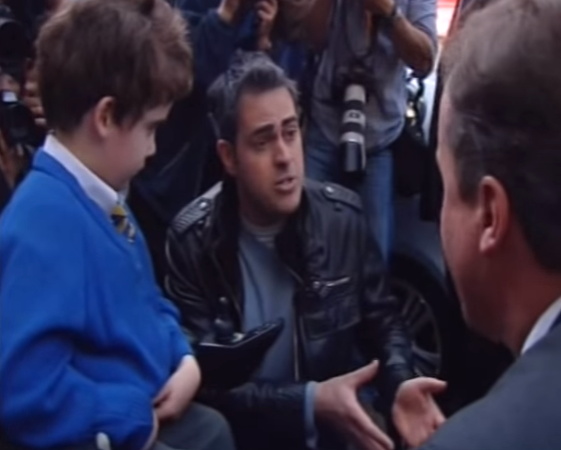 I’ve just spent two days in hospital, after a six month wait, hoping that my disabled son would get the important operation he so desperately needs.

It has now been cancelled twice, and we still aren’t sure when he’ll get it.  The reason?  Simply not enough resources and a huge backlog of emergency operations.

It is no wonder staff on the ward where we were waiting today cheered, when they heard that Jeremy Hunt might have been sacked.

I’m on a hospital ward with my son, awaiting a delayed and postponed operation. Huge cheer just erupted at news Jeremy Hunt has been sacked.

As the son of a doctor who was there at the founding of the NHS, and who dedicated his whole life to it, I have the greatest respect for the staff who do an amazing job.

But when I went up to St Thomas’s hospital as a child every Christmas day with my Dad to visit the patients, I never expected that our family would be so dependent upon it.  I am today, more grateful than ever for our health service.

There are many in a worse situation than we are.

Today, I met another family whose operation had also been cancelled, and who had to travel two hours to get there, only to once again make the long journey back home without treatment.

It isn’t just the unavailability of vital care that is the problem. It is also the huge and prolonged disruption to whole families who cannot work, cannot plan, and have to put their lives on hold for weeks in order to try and get the help they desperately need.

Since I confronted David Cameron in 2010 over his plans for disabled children while waiting for another hospital appointment, I have seen the health service decline, and come across numerous families who are facing an increasing daily struggle.

I have experienced too the exasperation of doctors, nurses and so many other healthcare professionals who want to help, but find themselves stretched ever further towards the limits of what they are able to do.

Waiting times have got longer.  The fight to be seen has become harder. Local GPs seem overwhelmed, and forced to develop a ‘conveyer belt culture’ where patients become little more than numbers on a spreadsheet.

It is no long term answer to get doctors to work greater hours.  Our own surgeon told us today he will be operating this weekend, just to try and clear some of his backlog. There are 17 people on his list right now with broken bones and facial injuries who have been waiting days for emergency treatment.

The NHS needs proper investment in the face of an aging population, which will inevitably bring greater pressures.

Didn’t think it was possible to lower morale of doctors and nurses any further. Theresa May might have found a way to do it 🙁

And no it isn’t the migrants who are to blame. As was put so well during the referendum you are more likely to have a migrant operating on you, than ahead of you in the queue for surgery.

There is enough money. It is just in the wrong hands.

At the end of the Second World War when we faced far greater financial hardship, and our debt was proportionately far higher, we set up the NHS with doctors like my Dad.   And if we raised our spending as a share of GDP to the level of a country like Germany, we could double the NHS budget.

But this is not a stale question of accountancy.

At its most fundamental, it is a question about the kind of country we want to live in, and the way we want to care for our families and children for years to come.

Jonathan Bartley is the Green Party’s work and pensions spokesperson, and is running for the leadership of the party with Caroline Lucas

5 Responses to “As the father of a disabled child, I’ve watched the NHS crumble under Jeremy Hunt”