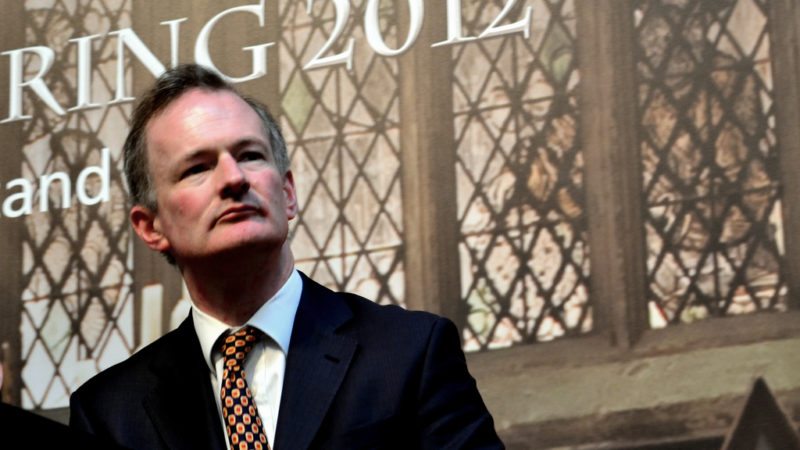 Five thousand people have written the Minister for Constitutional Reform, John Penrose MP, demanding a proper reply to their half a million-strong petition for proportional representation after last year’s General Election.

Last June, after what was described as the ‘most disproportionate election in British history’, hundreds of thousands signed petitions to John Penrose MP calling for a fairer voting system, joined by five major parties.

However, signatories received this letter below, saying the public had ‘already had a referendum on’ PR – despite the 2011 referendum being on the non-proportional Alternative Vote system. 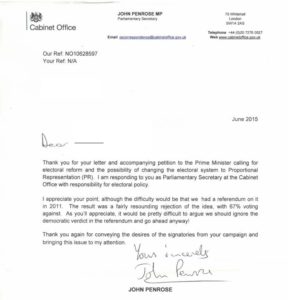 Campaign group Make Votes Matter have now launched a letter-writing campaign to John Penrose calling for a proper response and action on proportional representation – a year on from receiving the Minister’s reply and failing to get a sufficient response.

Penrose wrote to MVM organiser Klina Jordan last month arguing that ‘a further referendum on an even bigger change to our voting system than AV would be hard to justify’ – but the campaigners argue he did not address any of their points on the failures of the current First Past the Post system.

‘As the Minister for Constitutional Reform, John Penrose should at least be able to justify the government’s position on electoral reform, but so far he has failed to offer a reasonable defence of First Past the Post.

Our open letter aims to give those who signed the petitions a chance to hold the Minister to account.’

You can find out more about the Make Votes Matter campaign here.

Josiah Mortimer is a regular contributor to Left Foot Forward. You can follow him on Twitter@josiahmortimer.

3 Responses to “Why won’t this minister reply to half a million people demanding electoral reform?”