Two cheers for the Scottish First Minister, who puts her contemporaries to shame 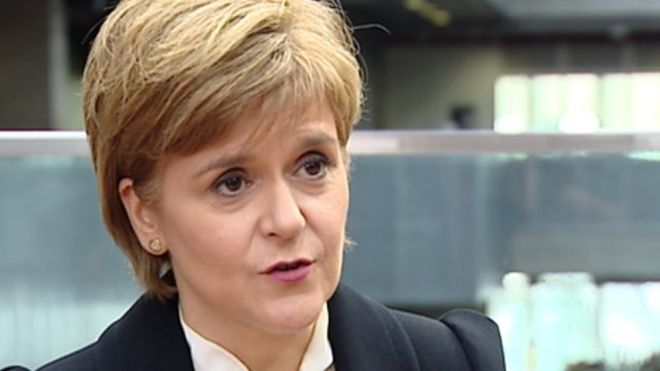 ‘The person with the most thought-through plan, as evidenced by the past 48 hours, is astonishingly, Nicola Sturgeon, the First Minister of Scotland.’

So said Sky News political editor Faisal Islam yesterday, after describing how a Tory MP told him the Leave campaign has ‘no plan’ for Brexit.

Why ‘astonishingly’? Islam probably meant that Scotland has largely been a hostage in this referendum, one its political leaders never wanted, and in which Scots gave a 62 per cent vote for Remain.

Given the circumstances then, we might be surprised Scotland’s First Minister appears the politician best prepared for the fallout.

But there are also positive reasons to argue Nicola Sturgeon is the only political leader who has behaved like one since the UK voted on Thursday.

In her post-result speech, and several TV interviews, Sturgeon has seized the initiative where others seemed impotent, with proposals for Scotland’s future relations with both the EU and Britain.

She has vowed to honour the decision of Scottish voters by fighting to keep Scotland in the EU, and mooted a second referendum on Scottish Independence, given the UK outside the EU is not what Scots voted for in 2014.

Sturgeon has even suggested asking the Scottish Parliament to vote down a ‘motion of consent’ for leaving the EU – potentially blocking Brexit for the whole UK – in the name of ‘doing what is best for Scotland’.

These bold ideas could backfire – Scotland’s economy would likely suffer outside the UK, for example – but they at least have popular support and a certain internal logic.

And of course, Jeremy Corbyn has been roundly pasted for his weak role in the EU referendum, triggering a mass exodus of shadow cabinet members and direct challenges to his position.

It’s worth noting that Nicola Sturgeon has only been in post for 18 months, yet managed to dominate last year’s general election debates, and emerges post-Brexit as the only leader with purpose, resolve and backbone. 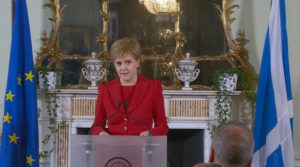 This says nothing of her domestic policies, which have been slammed for doing to little to tackle inequality, or the SNP’s nationalism, (as distinct from simply wanting independence), which I believe should be a problem for any progressive.

But while British leaders have, on the whole, given the public very little to be proud of during this referendum, Nicola Sturgeon has shown what political leadership looks like.

Two cheers then for the Scottish First Minister, for providing an honourable exception, and making us feel like there’s at least someone in charge.