With Labour and the Conservatives in chaos, we offer an overview of what's been happening in British politics since Friday 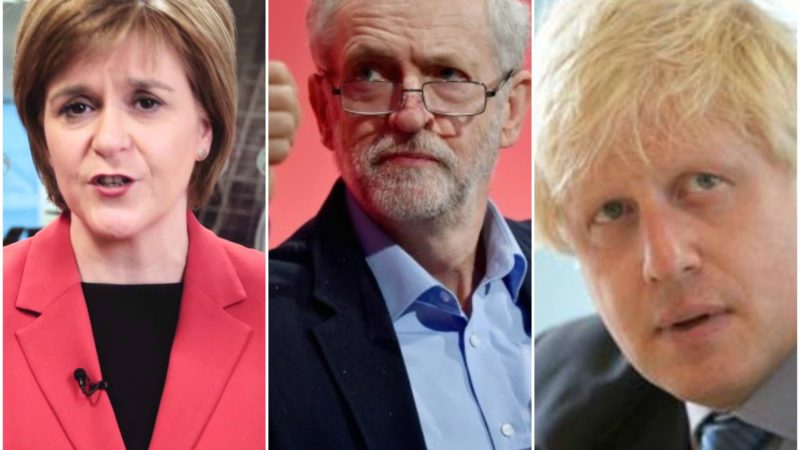 Two days ago the prime minister resigned, and hardly anyone has talked about it since.

Facing the prospect of a general election, the Parliamentary Labour Party is urgently seeking a new leader.

Before the end of the day, half the shadow cabinet is expected to resign following Jeremy Corbyn’s sacking of Hillary Benn and Heidi Alexander’s decision to step down.

This has distracted from the crisis within the cabinet itself, as rumours swirl about who will contest the Tory leadership.

In the midst of all this, both George Osborne and David Cameron have gone to ground and almost no one seems to be dealing with the immediate economic and political crises sparked by Thursday’s vote.

Only Nicola Sturgeon has responded calmly, and she is quietly laying the groundwork for a second independence referendum.

Confused? We can’t blame you. Let us try to outline what’s going on in each party.

Following David Cameron’s resignation on Friday, high-profile Tories have begun jostling for the leadership of the party, but neither wing of the party is in a position to comfortably campaign.

The Tory Remainers have been massively discredited by Thursday’s result.

While some still believe that Theresa May could become a unity leader, it’s very unlikely that anyone but a Leave supporter will be trusted to negotiate Britain’s exit from Europe.

And George Osborne, previously a clear frontrunner for the leadership, is now extremely unlikely to even enter the race.

But it’s not only leading Remain campaigners who have gone into hiding.

Both Boris Johnson and Michael Gove are keeping their heads down too — presumably trying to avoid openly reneging on their campaign promises, or acknowledging that they don’t know how to deal with the post-Brexit political and economic crisis.

There is also a growing expectation that the new prime minister will very quickly have to announce a fresh general election, prompting the turmoil in the Labour Party.

New revelations about Corbyn’s refusal to wholeheartedly back the Remain campaign, coupled with lack of trust in his ability to contest a general election, has plunged Labour into crisis.

Hillary Benn was sacked from the shadow cabinet overnight for making it clear he had no confidence in Corbyn’s leadership.

While there have always been questions about Benn’s loyalty to Team Corbyn, but Alexander was seen as a pragmatic friend to Corbyn.

Most recently, Ian Murray and Gloria De Piero have resigned, and others will follow through the day, refreshing the media’s focus on the coup.

Team Corbyn has maintained that he’s not going anywhere, and John McDonnell is doing the interview rounds, defending the leader and expressing disappointment in his parliamentary colleagues.

It may be that Corbyn has lost support among pro-EU members of the party, and will face a tougher struggle for the leadership than previously.

But as of yet, no alternative candidate has been mooted.

With both major Westminster parties in chaos, First Minister Nicola Sturgeon’s calm pragmatism has stood out.

She has attempted to reassure investors, EU migrants living in Scotland and all those in Scotland who voted to Remain.

Of course, Sturgeon’s primary response has been to lay the groundwork for a second independence referendum.

Polling published today suggests that 59 per cent of Scots would vote Yes in such a referendum.

Interestingly, other progressive parties in Scotland have not ruled out the possibility of supporting independence.

Scottish Labour will ‘consider all options’ according to leader Kezia Dugdale, while the Lib Dems are set to meet today and some senior members are believed to support independence.

The Scottish Greens are officially in favour of independence, while the Scottish Tories are firmly against.

Thousands of people have reportedly joined the Lib Dems since Thursday night, and the party is actively trying to position itself as a passionate, progressive, unified voice for Europe.

Tim Farron has announced that he will stand for the next general election on a platform of bringing the UK back into the EU.

The Greens, too, are in a fairly stable position following the referendum. Their primary response to the Leave vote have been to call for electoral reform, with a view to actually giving control back to the people.

One Response to “Brexit briefing: what’s happening in all the major parties?”