Thousands of people have joined the party since Thursday 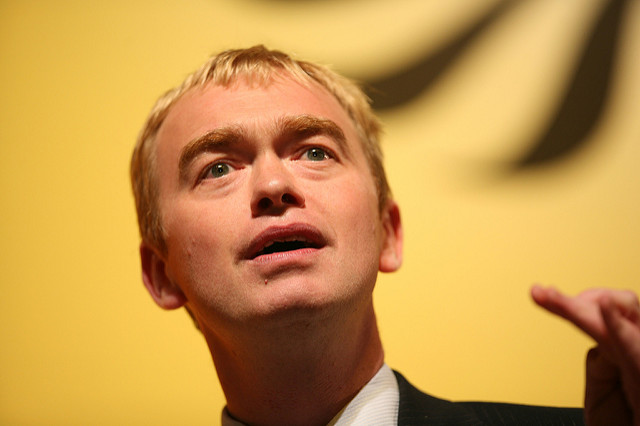 The Liberal Democrats will fight the next general election on a platform of taking Britain back into the European Union, according to leader Tim Farron.

‘The British people deserve the chance not to be stuck with the appalling consequences of a Leave campaign that stoked that anger with the lies of Farage, Johnson and Gove,’ Farron said.

‘The Liberal Democrats will fight the next election on a clear and unequivocal promise to restore British prosperity and role in the world, with the United Kingdom in the European Union, not out.’

Thousands of people have joined the party since polling closed on Thursday.

In an email to supporters, Farron suggested this was because because ‘they know the Liberal Democrats are the voice of those who voted for our country to Remain and lead in Europe.’

The details of his pledge are not yet clear, particularly with regard to how other EU states could be convinced to accept Britain’s return.

However, we can assume that the Lib Dems expect a general election relatively soon, since Britain’s exit will have already been negotiated by 2020 and would be near-impossible to reverse.

They also seem to be banking on a change of heart among many out voters, as it becomes clear that Leave campaigners cannot keep their promises.

‘In twenty four hours the cheap bus slogans of Farage, Johnson and Gove are unravelling,’ a Lib Dem spokesperson said. ‘On £350 million for the NHS, on immigration, it is clear that they will fail to deliver what people thought they had voted for.

‘Once again people will feel betrayed by out of touch politicians.’