Corporations are being run entirely in the interests of executives and shareholders, with little concern for anyone else 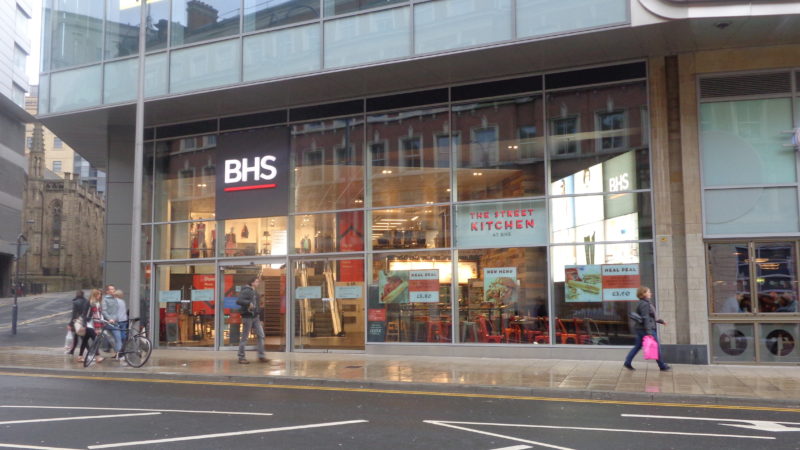 The demise of retailer BHS (previously known as British Home Stores) draws attention to the need to change the way major corporations are governed.

Currently, corporations are run as private fiefdoms for the benefit of directors and shareholders. The wealth is generated by the collective energies of all stakeholders, but is being appropriated by a few executives and shareholders to the detriment of employees, pension scheme members, suppliers, customers and other stakeholders.

BHS was bought by Sir Philip Green and his family for £200 million and some reports suggest that around £580 million has been taken out in dividends, rental payments and interest on loans.

BHS was surrounded by highly paid accountants, auditors, lawyers, bankers and non-executive directors. None ever objected to the extraction of cash or drew public attention to the perilous state of BHS’s finances even though it and its parent company had been technically insolvent for years.

Two parliamentary committees are currently investigating the demise of BHS. A key factor is likely to be the large extraction of cash by BHS’s shareholders who were also its directors.

The jobs of 11,000 workers are at risk. The employee pension scheme representing 20,000 past and present employees is in deficit, possibly for more than £500 million. Scheme members are facing cuts in pension entitlement. There will also be knock-on effects on people working in the supply chain as many creditors will not be able to secure payment for the goods and services supplied to BHS.

The demise of BHS demonstrates that companies are not private entities. They affect the lives of many people. The BHS debacle once again shows that companies that produce short term gains for present shareholders do not necessarily produce wealth for employees, other stakeholders or society.

The obsession with enriching shareholders persuades management to pursue cavalier strategies. They do not bear the cost of their excesses because they are shielded by limited liability.

Companies frequently claim that employees are their biggest assets, but deny them any say in the way companies are governed. Employees have a vital interest in the long-term success of the company but have no right to elect directors or shape corporate policies.

Section 172 of the UK Companies Act 2006 requires company directors to promote the success of the company by having regard to the interest of employees, suppliers, customers, community and the environment, but all this has to be for the ultimate benefit of shareholders.  This does not empower stakeholders.

UK corporate legislation sees directors as agents of shareholders rather than as trustees for stakeholders. As trustees, their responsibility should be to ensure that the wealth of the company is allocated fairly to all stakeholders and not just appropriated by a few executives and shareholders.

Company directors can be prosecuted for making false statements to shareholders, but there is no equivalent duty to be truthful to employees and other stakeholders.

A major lesson from the BHS scandal is the need to change the way large companies are governed. Some countries already have employees on company boards. Since the Second World War major German companies have been obliged to have a system of two-tier boards. The Executive Board manages the business. The second-tier known as the Supervisory Board consists of other stakeholders, such as employees, and is responsible for oversight of the executive board.

Companies with more than 500 or 2000 employees are required to have employees on their Supervisory Boards on a scale starting for one-third to 50 per cent. The two boards co-operate for the long-term success of the company.

The Supervisory Board hires and dismisses the executive board. It negotiates executive remuneration contracts, approves long-term investment plans and business strategy. It approves transactions that can fundamentally change the financial dynamics of a company, such as raising new finance, acquisition of assets, dividends, etc. It checks that internal checks and balances work well to safeguard the long-term well-being of the company.

Employee representation on company boards is not a panacea and does not guarantee freedom from abuses, but Germany has managed to achieve higher economic growth than the UK’s.

More importantly, if companies like BHS had Supervisory Boards and employees and pension scheme members were represented on it, they would surely have asked questions about the consequences of extracting hundreds of millions of pounds from the company.

It would have considered the impact of the cash extraction on BHS’s ability to invest, compete or fund the deficit in pension schemes. Such governance structures would have checked the selfish games played by directors.

Of course, there would be resistance to reforms that dilute the power of elites to hijack companies. Recent history shows that the national minimum wage, health and safety, gender equality and other reforms had to be imposed in the teeth of opposition.

All this has promoted confidence in businesses. The same will be necessary again because we can’t afford more BHS’s.