It's become clear that despite the rumours of Corbyn being ousted, his popular support is too great 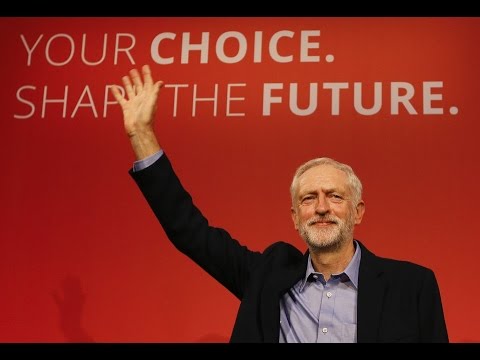 In April 2002 the Venezuelan military, supported by the nation’s corporate media, carried out a coup d’état against Huge Chavez, the democratically elected president whose popular government had been undertaking significant reforms in favour of the nation’s poor.

Chavez was arrested and Pedro Carmona, the head of the nation’s largest business group, was declared interim president. The constitution was suspended, the National Assembly disbanded and Supreme Court closed.

The US quickly moved to recognise the new government and pressured other countries to follow its lead.

However, in an extraordinary example of people power, fewer than 48 hours after he was forced out, Chavez was returned to office after hundreds of thousands of Venezuelans poured into the streets of Caracas demanding he be reinstated.

Gene Sharp, the world’s leading expert and proponent of non-violent resistance, has a name for what happened in Venezuela: an anti-coup.

Sharp argues successful anti-coups were also staged in the Soviet Union in 1991, against hardliners intent on deposing reforming President Mikhail Gorbachev, and in France in 1961 to stop a group of generals from overthrowing Charles de Gaulle’s government.

Should Sharp write about anti-coups in the future, he will have another case study to discuss: Jeremy Corbyn’s leadership of the Labour Party.

Since his landslide election in September 2015, Corbyn has faced an almost uniformly hostile media and constant rumours of attempts to unseat him, including from a senior serving British General.

His enemies heralded the local elections in May 2015 as a particular danger point, with reports suggesting there would be an attempt to remove Corbyn if Labour performed below the very high bar set by his opponents in the party.

However, on the day before the local elections the Guardian reported that “Jeremy Corbyn’s critics inside his party have set aside the possibility of a post-election leadership challenge in the face of warnings by pollsters that the party leader remains impossible to defeat in any vote of Labour members.”

According to Joe Twyman from YouGov, the polling data confirmed Corbyn remained “a country mile” ahead of other potential candidates. “The bottom line is that those eligible to vote in the Labour party leadership election strongly supported Jeremy Corbyn last year and that has not significantly changed,” he said.

The Guardian went on to note that Corbyn is “being shored up by the grassroots movement Momentum, which has compiled a database of more than 100,000 supporters that it believes could be used within days to help fight off any potential challenge.”

In other words, popular opinion and grassroots pressure has staved off an attempt to remove Corbyn, though the mainstream media will never frame it in these terms.

Jon Lansman, the Chair of Momentum, explained Momentum’s role in an interview with the Guardian in March 2016, saying he thinks it is possible that people might move on Corbyn.

Asked if Momentum is preparing for an attempted coup, he claimed they are not, though suggested the group’s huge database of supporters and networks of local groups could be activated should the need arise.

“Part of my role has been to ensure that Momentum is equipped to campaign to defend the legitimacy of Jeremy’s leadership”, Lansman told the New Statesman in May 2016.

With Labour’s predicted local elections meltdown failing to materialise, Sadiq Khan elected as London mayor and a new YouGov poll putting support for Corbyn within the Labour Party at 64 per cent it seems the MP for North Islington is safe for now.

Though it may be obvious, it bears repeating just how high the stakes are for the British people: arguably Corbyn’s leadership will be the best opportunity for significant progressive change in Britain for a generation.

And, as I argued just after Corbyn was elected Labour leader, just like all progressive change throughout history, it is the size, power and tactical nous of the popular movement/s supporting Corbyn’s leadership that will be the deciding factor: whether he continues as leader of the Labour Party, the extent to which he will need to compromise his political positions and his chances of being elected Prime Minister in 2020.

If they can be built and sustained, then the popular campaigns and mass movements backing Corbyn should have two broad aims.

First, to protect his leadership from the incessant attacks – from the Tories, from big business, from the military, from within the Labour Party and from the media (Corbyn’s politics inevitably means he has a lot of powerful enemies).

Activists need to understand it is not just the right-wing press that have their knives out, but that much of the liberal press, including the Guardian and BBC, has played an integral part in the ferocious propaganda campaign targeting the Labour leader.

To change the media story, the movement should go on the offensive, pressuring news outlets and journalists, setting the agenda and controlling the narrative as much as possible. Popular pressure should also be applied on Labour MPs who are attempting to undermine Corbyn and his political positions.

Second, pressure should be applied to Corbyn himself and his supporters within the Labour Party – to make sure he keeps to his promises. The more active support he gets, the more confidence he will have in pushing forward his political vision.

McDonnell’s positive noises about a Universal Basic Income suggest the Labour leadership is open to considering ideas coming from the radical grassroots.

But more importantly, pressure needs to be applied on Corbyn to push him to be more green and radical. For example, Khan – whose Mayoral campaign was backed by Corbyn – has already removed a key obstacle to the expansion of City Airport.

In addition, despite the rising climate chaos engulfing the planet Corbyn and Shadow Chancellor John McDonnell continue to push for economic growth.

“In other words”, the Green’s Rupert Read noted, “they repeatedly call for worsening the number one cause of the ecological crisis.”

Importantly, the mass movement backing Corbyn needs to be pro-active, not reactive as Lansman’s comments above suggest. It is imperative that Corbyn does not continue to get tangled up in Westminster’s web of petty political point scoring.

If Corbyn is to have any chance of becoming Prime Minister then talk of coups and plots and the never-ending intra-Labour snipping needs to end quickly. Because if the atmospherics and coverage around Labour is still full of coup rumours and concocted scandals come 2019-20 then it will likely be game over.

Instead Corbyn’s team needs to go on the offensive and set out their political vision and reach out and build alliances with like-minded politicians and parties such as the Greens.

Hidden within the liberal rhetoric of his run for the Democratic Presidential nomination in 2008, Senator John Edwards made some important remarks about the possibility for political change.

According to Edwards, the general public and incoming president need to be clear: an ‘epic fight’ is required with ‘entrenched, powerful monied interests’ to reclaim back American democracy so it works for the whole population, not just the few. ‘We better be ready for that battle,’ he warned.

The question when it comes to Corbyn and changing British society for the better in the face of established power is this: are the Left and Corbyn’s supporters up for the ‘epic fight’ that is required?

Ian Sinclair is the author of The March That Shook Blair: An Oral History of 15 February 2003, published by Peace News Press. He tweets @IanJSinclair