Brexit would leave workers at the mercy of corporations 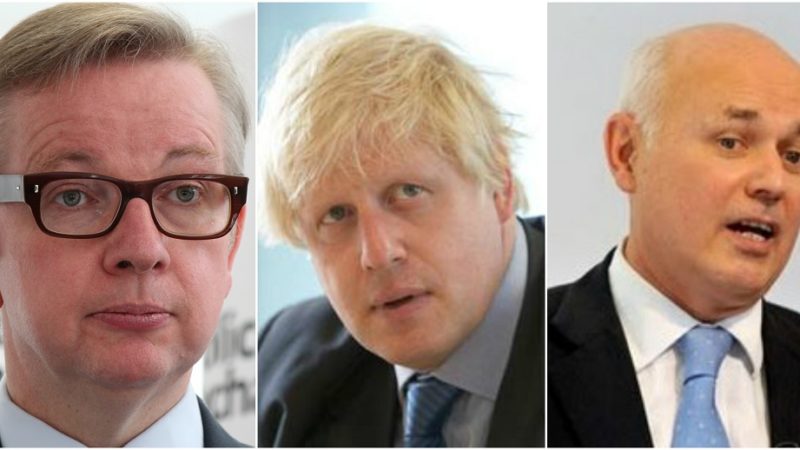 Good democracies, by definition, should be capable of being purposeful when their citizens want them to be. When an external force can push around a government elected by the people, the quality of its democracy suffers.

The Leave campaign has sought to portray Brussels as that coercive anti-democratic force when, in reality, the EU helps us to assert ourselves in ways that nation-states alone would never be able to do against the interests of footloose capital and global corporations.

The first and most obvious example is our labour legislation, which would probably re-enter the global race-to-the-bottom that we ducked when we signed up to EU working time regulation, as Leave campaigners aren’t even bothering to deny.

This won’t be the first time most readers will have seen this argument made in some form, but it’s one of the many political fronts that the Left is fighting this referendum on when it should be the dominant one.

We are facing the possibility of Brexit today, at least in part, because the Left has never seemed interested in making principled democratic arguments a priority.

The rot has run all the way through our EU membership, with Labour both in opposition and in government doing little more than the Tories on this score.

When national parliaments sought EU membership, they did it in ways that protected their own powers. Labour has always colluded in this and has unerringly chosen the political route of least resistance.

As a result, the EU’s democratic credentials are being rubbished by apologists for constitutional monarchy, an unelected House of Lords and a First Past the Post voting system, and this is possible because such apologism is something that most of the Remain camp are equally guilty of.

A democrat shouldn’t side with national parliaments uncritically, but we have consistently failed to make the case for greater decentralization, and stronger regional assemblies as well as a more robust relationship with the EU.

For Labour, a good democracy should always be a political end in itself. Sadly, the thinking around democracy on the Left is often limited to political pragmatism, with the EU being barely mentioned even during the European Parliament elections.

The medium that we are now using to decide a huge democratic issue is the message here. Referendums, in my view, are the least deliberative means possible, and have reduced us to trading scare stories with people who are professionals in the politics of fear.

It is telling that no prominent figure in the Labour Party or the Remain camp has attacked the idea of using a referendum to decide our relationship with the EU in the first place.

A large part of the Left seems unaware of the profound differences between a democratic decision and a plebiscite.

There is no deliberative assembly that the British public could have elected in the last thirty years that would have dared take responsibility for leaving the EU because they would have had to face the voters again a few years afterwards, and it wouldn’t be pretty.

A few months ago, outside a small bunch of political fanatics, the British public wasn’t too bothered about EU membership either way. Most of us had plenty of issues that we understood better and that bothered us more.

By June 24, those same agnostics will have been polarised by the ridiculous claims from both sides. Anything up to 49.99 per cent of the people who vote (and possibly more of the people who could have voted) will have a decision that they don’t like imposed on them.

This polarisation means that there will soon be demands for this all to be re-run, no matter who wins.

Democracy is supposed to be about getting us the governance that we want. Sadly, the only result that we can all count on now is that we’ll get the greatest unhappiness for the greatest number.

Voters won’t be much wiser about what the EU does because they won’t be able to pick out the pearls of genuine insight from the tide of disinformation that they are being served up from both sides.

If you settle a democratic question using such a substandard form of democracy, it is like using trial-by-combat to choose the winner of a peace prize. When almost the entire political class don’t understand this, you can see why the case for Brexit is so easy to make.

I’ll be voting Remain, but I’d prefer to vote for a properly participative and deliberative, decentralised democracy that doesn’t govern the whole country in the interests of parts of London. That would be a real choice.

Paul Evans is a writer and trade union official. He writes in a personal capacity. Follow him on Twitter @Paul0Evans1

One Response to “British democracy would be weaker outside the EU”