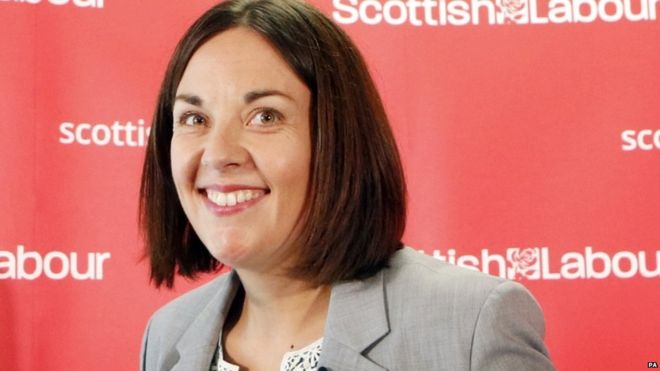 With just weeks to go until Scotland goes to the polls, and with some predicating the Conservatives could become the official opposition at Holyrood, the last thing Labour north of the border needs is headlines about splits. That, though, is where the party now finds itself.

In an interview for the Fabian Review, Scottish Labour Leader Kezia Dugdale told Mary Riddell that it was ‘not inconceivable’ that she would support Scotland leaving the UK if June’s referendum saw the country vote to leave the European Union against the will of the Scottish people.

While Dugdale later sought to clarify her remarks, pointing out that in last week’s Scottish leader’s debate she ruled out a second independence referendum on her watch, it has never-the-less caused consternation among many within Labour ranks.

Faced as they are by a growing threat from the Conservatives who have claimed that they, and only they, are the true defenders of Scotland’s place in the UK, the anxieties caused by Ms Dugdale’s remarks are not difficult to understand.

Responding to the interview, one unnamed senior Labour source has been quoted as saying:

“This just plays into the Tory line that they are the true defenders of the union, even though that’s not true because it’s the Tories who introduced English votes for English laws and caused the EU ­referendum.

Kez should have been landing blows on them, not on the ­Scottish Labour party.”

Speaking to the Scottish Mail on Sunday, the former Scottish Labour MP and Minister Tom Harris, who now leads the Vote Leave campaign in Scotland, concluded that comments by Kezia Dugdale looked as though Labour’s commitment to the UK remaining as it is was now being ‘watered down’.

Not surprisingly, opposition parties on all sides of the debate on Scotland’s future have seized on the interview.

For the Conservatives, its leader north of the border, Ruth Davidson, argued that so close to the Scottish Parliamentary elections, Ms Dugdale’s stance on Scotland’s place in the UK ‘has never been weaker’.

“It’s no wonder civil war is breaking out in the party – this is an issue that is of utmost importance and the Labour leader can’t seem to make up her mind.”

Interviewed on Sky News yesterday, former First Minister Alex Salmond agreed that a UK vote to leave the EU that did not command the support of the people of Scotland, ‘would occasion another referendum.’ He continued:

“If even the Labour leader in Scotland is prepared to accept that point, I think we can take it as a very, very strong argument indeed.”