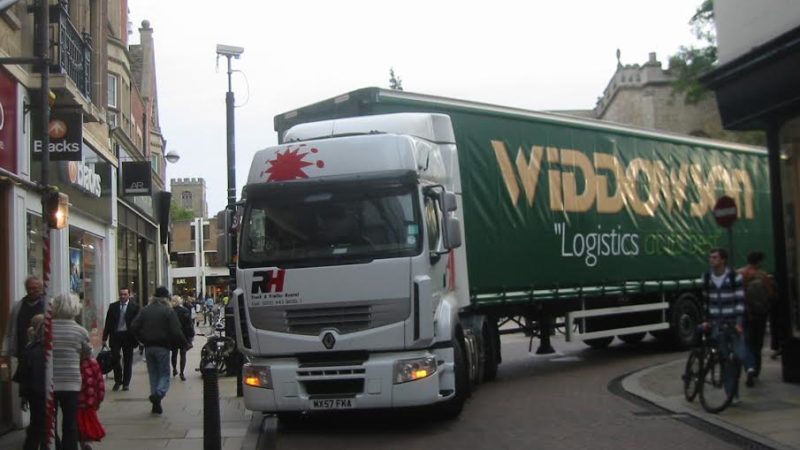 Ever wondered why two thirds of domestic freight is transported by road, as the latest Government figures show?

A fundamental reason is the lack of a level playing between road and rail. The road freight industry receives a massive £6.5 billion annual subsidy, meaning it only foots the bill for a third of its costs, making  it very difficult for rail freight to compete.

Recent research, carried out for Campaign for Better Transport, exposed the scale of the subsidy to HGVs in terms of road collisions, road congestion, road damage and pollution. Looking at each of these factors in more detail explains why:

This preferential economic treatment for HGVs has coincided with a drop in the market for bulk products, which had been the traditional reserve of rail freight, as manufacturing has declined in the UK. The steel industry represented eight per cent of rail traffic last year and coal traffic, ideally suited to rail and a third of the rail market, has been decimated since the carbon price increases imposed on power stations.

However, there is potential to expand construction traffic. For example. London alone receives 40 per cent of its raw materials by rail.

The Government further missed an opportunity to create a level playing field for the different modes in 2014 when it introduced a time-based, rather than a distance-based, lorry charging system. A proper distance-based system would have provided an incentive to logistics operators to get better efficiency out of their HGVs, which are currently on average only half loaded with almost a third driving around completely empty,  as well as providing an opportunity to charge foreign lorries on the same basis as UK hauliers.

As a result of this market distortion not only is there is poor economic efficiency, but also scarce Government resources could be misallocated if funding decisions on new transport infrastructure are made on flawed premises.

Despite all these challenges, rail freight has grown by 60 per cent in the past 20 years and generates more than £1.6 billion a year in economic benefits to UK PLC. Each year the rail freight industry carries goods worth over £30 billion ranging from high end whiskies and luxury cars, to supermarket products and construction materials.

A quarter of consumer goods imported into the UK are transported by rail and this long distance consumer traffic could quadruple if the rail network was upgraded and enough rail/road transfer stations in the right locations were given planning permission. In fact, there is considerable suppressed demand for rail because of the current limitations of the rail network, especially out of the ports of Felixstowe and Southampton where every new train slot can be used immediately.

While rail freight is never going to command the markets it had in the early 19th century, it remains a crucial part of the logistics solution. Rail and road can complement each other and should play to their individual strengths, but in order to do so the Government needs to recognise rail freight’s socio-economic benefits in its charging structures and upgrade key parts of the rail network so the industry has the confidence to carry on investing.