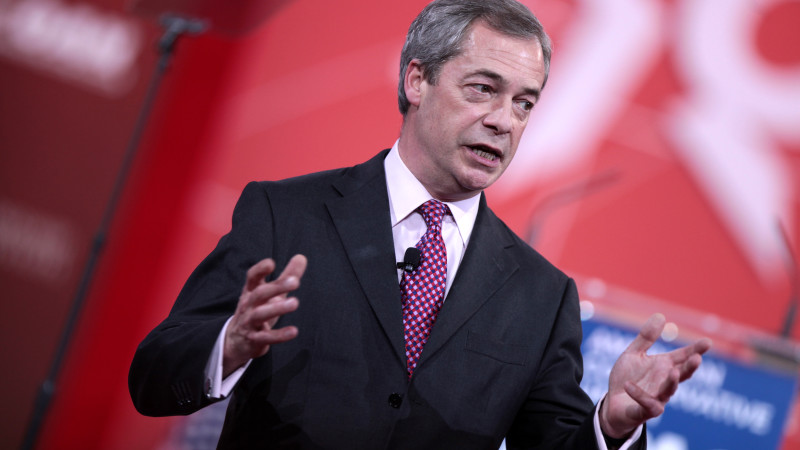 With the PR battle over Britain’s EU membership hotting up, it is a dispiriting thought to remember that the official campaigning period has not even begun.

As a country we are in for yet more of the seemingly endless, vituperative debate surrounding Europe; and some of what has been said already touches on certain subjects in a worrying manner.

There is a distinct possibility of the EU referendum campaign giving an airing to some of the nastier debates and perspectives within the British body politic, including borderline racist sentiments.

The possibility for such interventions has only increased in recent months, with the continuing high profile refugee crisis, as well as an upswing in terrorist attacks in Europe.

The latter of these naturally and understandably creates fear, but the tying together of the two has led to an unsavoury focus on some, including Middle Eastern refugees, who may end up conscripted into a narrative – largely focused on communicating the nefarious nature of foreigners in general – which is entirely at odds with the truth.

In the general election last year, and ever since the Mediterranean migrant crisis began in earnest, we have seen the resurgence of low-rent dog-whistle stuff of that nature, which may only be exacerbated in the course of something as important and central to the nation’s identity as the decision whether to remain part of the EU.

After all, global considerations must play a part in deciding whether or not to continue membership of an international body; and migration, being one of the pre-eminent issues of our times, is no doubt an important part of how in Britain many react to the European Union. An acceptance of this fact must not give free rein to politicians who deliberately stoke up tensions and hysteria surrounding refugees, and migration from the Middle East more generally.

It has proved politically useful in the past – think of some of Ukip’s election posters from the 2015 election, which included entirely unsubtle messages of insecure borders and lax national security brought on by what was termed soft-touch immigration policies – and with the Leave campaign so heavily featuring characters like Nigel Farage, the resurgence of such arguments would hardly be a surprise.

It is worth mentioning that a lot of this isn’t new – after all, the EU debates between Nick Clegg and Farage featured a great deal of back and forth on migration – but it is almost certain that as the referendum campaign gets into gear, such things will become both more common and of a considerably higher pitch.

The raw material of the campaign to leave already features migration as a central plank of its presentation – Arab migration, and the Arab world’s refugees, in particular – and the likelihood of this particular argument appearing can only increase as we move closer to the referendum itself.

The British people, rightly or wrongly, are concerned with immigration. It is one of the most important issues facing the country today, and this fact is recognised by many opinion polls. The worry is not that the subject will make an appearance, that it will be tackled to some extent by both sides of the campaign, but that it can be hijacked and used as a legitimising cover for some deeply nasty sentiment.

For example, many on the anti-European Right – those now most likely to advocate a vote to leave – praised Viktor Orbán of Hungary when he attempted to bar refugees from his country with the statement that it was Christian in character and that this was not about to change. Farage, when asked what he would do about the Middle Eastern refugee crisis, suggested accepting only Christians who were fleeing Syria and Iraq.

This sort of stuff is exclusionary, of course, and represents a development of the standard arguments to restrict immigration, asylum claims and the acceptance of refugees in general. Once parties and individuals who argued along those lines talked of services being stretched, jobs being lost, wages being squeezed.

These arguments had their unpleasant connotations too, but in a way they were less naturally attached to the sort of race-and-nation stuff now making the rounds more openly. Though it may perhaps seem odd that arguments concerning Muslim immigrants and Levantine refugees dominate the campaign about a distinctly European issue, the challenge posed by covert xenophobia remains the same.

The referendum could well offer a kind of focal point for arguments of this sort, and a flag around which those with effectively racist impulses can rally.

This must be identified for what it is, and it must be resisted, lest the campaign itself – and the most important national vote in years, even decades – become beholden to some decidedly unpleasant and retrograde arguments.

4 Responses to “Comment: The EU referendum could become a rallying point for the nastiest impulses in British politics”