The government's 'prison revolution' will benefit neither women nor Londoners 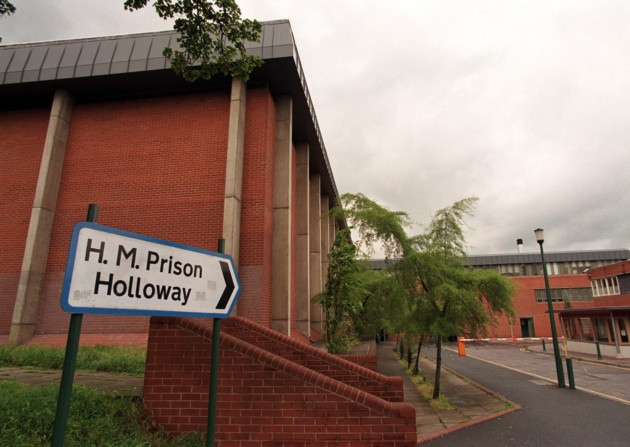 When the closure of the largest female prison in Europe was announced, it was greeted with hope.

In recent months, the government has outlined a ‘prison building revolution’, where old Dickensian prisons will be closed, the land will be sold to create more inner city housing, and nine new ‘humane’ and modern prisons will be built in their place.

On the surface, these reforms, which commence in July with the closure of HMP Holloway, are being publically framed as providing both better opportunities to women in prison, and affordable housing for the people of London.

However, as time has passed from the announcement of Holloway’s closure to the cranes now ready for demolition, there is little evidence to suggest we are embarking on a new model of women’s imprisonment after all.

The Reclaim Justice Network (RJN) believes the government’s claims are fallacies, and the real focus of the reforms are to sell off state assets and public land, privatisation, and expansion of the criminal justice system.

First, communities can have the opportunity to explore their relationships with prisons, their expectations of them, and to consider whether we are pacified by assurances that women will be housed ‘more humanely’ in new, modern prisons.

Second, with insufficient social housing being built alongside London’s increasing population, what does the community want to do with the publically owned Islington land being sold from underneath them and the Holloway site itself?

Under the 2013 Women’s Estate Review, Holloway became a resettlement prison, where a woman could receive the appropriate support throughout her entire sentence, and was linked back into her local community on release.

As a result, more women were released on temporary licence (ROTL), more local support services and organisations engaged with women, multi-skilled staff teams were employed and developed inter-agency relationships within the prison, while specialist provisions for multiple needs increased.

Holloway became a London prison for London women, where they could serve their whole sentences close to family and community ties. London women who were resident in Holloway are now being dispersed around the UK to other female prisons, but largely to HMP Bronzefield, Downview & Send.

To maintain solid family links, families are expected to have the time, money and robustness to navigate London transport systems. At the same time as Holloway’s closure was announced, it had just received one of its best prisons inspectorate reports in decades.

It is important to remember that for women with highly complex mental health needs, Holloway provided a particular type of space in the female estate, including a Care and Separation unit. With the closure of Holloway, whether you believe prisons are the appropriate sites for such support or not, these ‘beds’ will no longer exist in the system.

The Women’s Estate Review also recommended that on the basis of its location, HMP Downview should be re-rolled back to a female prison. HMP Downview, a ‘humane’ prison, has an embedded culture of prison officers ‘trading’ ROTL for sex. HMP Bronzefield, a newly purpose built ‘humane’ female prison, recorded higher rates of self-harm, reoffending and cost per place than Holloway.

At Bronzefield, women are now doubled up in their cells to accommodate the influx of women coming from London courts.

Meanwhile, the government has recently announced that despite their reform rhetoric, there are no plans to reduce the female or general prison population. And the serious consequences of a lack of housing for women in need, especially vulnerable women leaving prison, has been ignored.

At a time when women are given sleeping bags and tents as they are released from Bronzefield, the government press forward with the promotion of ‘starter homes’ at £450,000, Right to Buy in housing associations and private sector redevelopment schemes.

The closure of Holloway appears to be neither for the benefit of women or Londoners. However, it can be used as an opportunity to frame a new conversation around imprisonment, social justice and social housing.