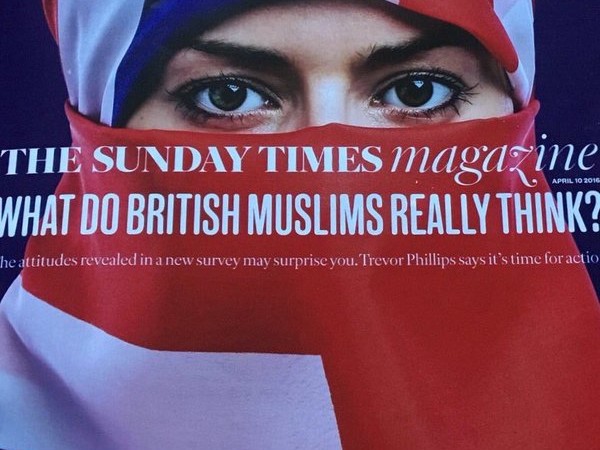 ‘What do British Muslims really think?’

It’s a loaded question. But it’s one Trevor Phillips, armed with a recent poll, will ask in a Channel 4 documentary later this week.

The former head of the Equalities and Human Rights Comission is sending out a message: whatever British Muslims say to you or others, they’re not being honest; any opinions they express could be a lie.

As Miqdaad Versi has pointed out, Phillips propped up this poisonous premise by stridently arguing that pollsters wanted to make sure the people they questioned didn’t ‘disguise’ their answers for fear of ‘disturbing’ people.

Muslims, he suggests, aren’t to be trusted. This from a man who introduced the subject in the Sunday Times by reminiscing about his childhood mixing with Muslims. As former Tory cabinet minister Sayeeda Warsi implied it read like a classic racist’s apology: ‘I’ve got Muslim friends, but…’

If this is a move towards the government adopting a ‘muscular integration approach’, as Phillips has called for, it will fail because its very premise is flawed. British Muslims aren’t a homogenous group entirely separate from wider society.

But the way this poll of 1,000 Muslims has been reported it’s as if they’re a species being covertly tracked in a David Attenborough documentary. They are the ‘other’ for us all to gaze upon once trapped into giving an honest answer.

This intent focus on British Muslims perhaps wouldn’t be such a problem if this extremely diverse group of people hadn’t been lumped together in recent years; at the same time exoticised, as an object of study, and demonised, as a threat to society.

British Muslims often aren’t given the space to speak for themselves — and that’s not what this poll is doing given lack of nuance Phillips’s presentation of the findings.

What’s more, Muslim are still underrepresented in certain areas of the British mainstream: only 0.4 per cent of journalists are Muslim, compared with 5 per cent of the population; they are least likely of all religious groups to be in professional or managerial jobs and they’re more likely to be unemployed or living in poverty.

Meanwhile Islamphobic hate crimes in Britain have risen in recent years. With an increasing number of Muslim MPs in Parliament the tide might slowly be shifting but the anti-Muslim bias that flourished over the past decade, in large part thanks to the War on Terror that far too often treated ‘Muslim’ as synonymous with ‘terrorist’, hasn’t gone away.

Yet there are issue that need to be addressed. The poll found that 52 per cent of Muslims asked didn’t agree that homosexuality should be legal. Homophobia is never acceptable; such objectionable views should be taken head on at multiple levels of society until they’re stamped out.

But unfortunately they aren’t confined to one religious group. Studies suggest that, although they may be improving, negative attitudes towards gay rights continue to exist among Evangelical Christians, as well as Muslims.

Essentially, this polling and Phillips’s accompanying commentary have cleared the way for entrenching the divisions Phillips claims he wants to eradicate. Despite what we’re told, British Muslims are not a ‘nation within a nation’ and community cohesion is a two way street.

Maya Goodfellow writes for Media Diversified, The Independent and LabourList