Access to abortion remains limited and precarious. It's time to legislate for the era we live in. 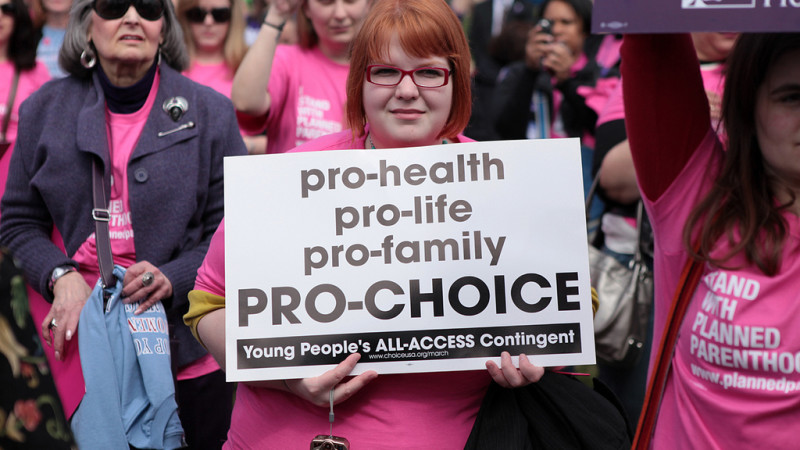 TweetShareWhatsAppMail
The morning after International Women’s Day can be tough for feminists as we shift from 24 hours of celebrating how much has been accomplished, and lamenting how much still hasn’t, to another year of struggling to provoke mainstream interest in some of the key issues at all.
And one of the hardest tasks we now must grapple with is this: looking at one of the biggest, hardest-fought, most totemic victories in the history of the movement for women’s equality, and realising  we might not have actually won it at all.

Contrary to what most people believe, women in the UK do not have a legal right to abortion in 2016. While many are aware that abortion remains almost entirely  illegal in Northern Ireland, despite high-profile attempts at reform, few are aware of how limited and precarious access remains for women in England, Wales and Scotland, and how easily women in those parts of the UK could still find themselves criminalised for making a decision to end a pregnancy.

This is the focus of the We Trust Women campaign, launched this year by the British Pregnancy Advisory Service with support from a wide range of women’s groups and professional bodies.

The campaign seeks to change the current, Victorian legal framework. Under the Offences Against the Person Act 1861, procuring an abortion for yourself or for someone else remain criminal offences throughout the UK.

David Steel’s Abortion Act 1967, while justly celebrated as a life-changing, and life-saving, step forward for British women, did not repeal these offences. Instead, it provided a defence for women and their doctors in four specific circumstances, all involving certain risks to the health of the woman, any existing children, or the foetus. In all cases, two medical professionals must be satisfied before the procedure can legally be performed.

When devolution of abortion law goes through via the Scotland Bill this year, the Scottish Government may well make a break with the current system, and legislate for abortion  on demand. If it does, it will be aligning itself with the majority of neighbouring countries.

In most of Europe, terminations are explicitly available on demand in at least the first three months of pregnancy. A woman can simply state her choice and, provided there are no medical factors weighing against it, she need jump through no further hoops, nor secure anyone else’s permission.

In other words, abortion is treated like every other safe, simple, common medical procedure.

Indeed, on the face of it, the current law is even less advanced than that in the United States. There—although competitive anti-abortion rhetoric remains a staple of political debate and nearly half of all states have signalled a clear intention to criminalise some or all abortion—anti-abortion advocates face one significant obstacle: their own constitution.

In the landmark Roe v Wade case in 1973, the United States Supreme Court found that denying a woman an abortion in at least the early stages of pregnancy is a violation of her right to privacy. The usual suspects may hate it (it’s not often you see the names of legal precedents on t-shirts) but they cannot ignore it unless the law changes.

Women in the UK have no such clear-cut statement of their rights to defend.

This is not a technicality. It informs the reality of women’s access to and experience of an important form of healthcare provision, which a majority of British people have long supported. The ‘two-doctor rule’ is not only stunningly authoritarian, it also leads to delays and obstructions which make the procedure needlessly stressful and, in rare cases, may push women past the time limit.

It also means that at a time when the NHS already is under severe strain, doctors are forced to spend time on duplicate medical appointments not because their patients require it, but because the law has not evolved past the paternalism of the 1960s.

And if the purpose of the law as it stands is, as some claim, to protect women from poor care, then it may  having the opposite effect in some very tough cases. In December, a young woman who bought abortion pills online, and who was badly in need of compassion and support given a history of psychological problems, instead received a two-and-a half-year prison sentence.

She will not be the first or the last woman unable to approach medical professionals; consider women who speak no English, have insecure immigration status, face shame their families or communities, or are at risk from violent partners. Is criminalisation how a civilised country should treat these women?

A pro-choice country should have pro-choice laws. Even those with reservations about abortion must see the benefit of making it easier in the early stages when foetal viability is not even in question.

Instead, women continue to receive compromised care while doctors who make life and death decisions every day are treated as precisely half as capable on this.

It’s time for politicians who support the majority view to stop being complacent, take abortion out of criminal law across the UK, and legislate for the era we live in instead.

Ellie Cumbo is a researcher who works in the voluntary sector with a particular emphasis on criminal justice and violence against women. She is also on the Fabian Women’s Network Executive Committee.