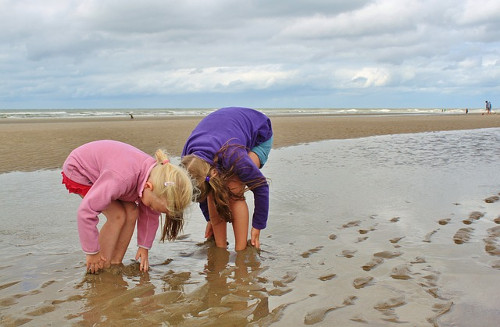 Jeremy Corbyn and David Cameron clashed over childcare on today’s PMQs, with the Labour leader asking why the Conservatives had not fulfilled their promise of tax-free childcare.

Corbyn also pointed to a report by a spending watchdog which showed that a third of families ‘promised 30 hours’ free childcare now won’t receive it’.

Meanwhile, the OECD has published analysis of the take-up of paid parental leave by fathers, highlighting the progress that still needs to be made in most countries.

The report ‘Parental Leave: where are the fathers?’ shows that the UK is well below the OECD average in terms of paid leave it offers to men. On average, OECD countries offer eight weeks of paid paternity and paid parental leave that can be taken only by the father. Korea offers 53 weeks, Japan 52 weeks, France 28 weeks, and Norway and Sweden 10 weeks. The UK currently offers only two.

Last year new provisions were introduced for shared parental leave (SPL) which can be split between the mother and father, but research by the OECD and others shows that men are still reluctant to take this (in January the charity Working Families showed that only between between 0.5 and two per cent of eligible fathers have made use of the provision so far).

Men are far more likely to take leave that is reserved specifically for them. The OECD says:

“Providing father-specific leave seems to increase men’s uptake of parental leave. In Iceland and Sweden, the ‘daddy quota’ has led to a doubling in the number of parental leave days taken by men.

“It is also working in other parts of the world: In Korea—where men accounted for only 4.5 per cent of leave takers in 2014—the number of men taking leave rose more than three-fold following the introduction of a father-specific entitlement in 2007.”

What the OECD is recommending amounts to a culture change around early parenting. They point out that until more father-specific leave is introduced, employers will continue to question the legitimacy of paternal leave taken, thus deterring new fathers and so on.

It seems absurd that in 2016 the conversation about parental roles has not moved beyond a miserly two weeks leave. This matters for all sorts of reasons:

There is a real opportunity here, to narrow inequalities between working men and women, and create flexible working environments where everybody is supported in having a healthy work/life balance. With childcare pledges from the Tories seemingly permanently stalled, it’s time for parents to have more of a say.