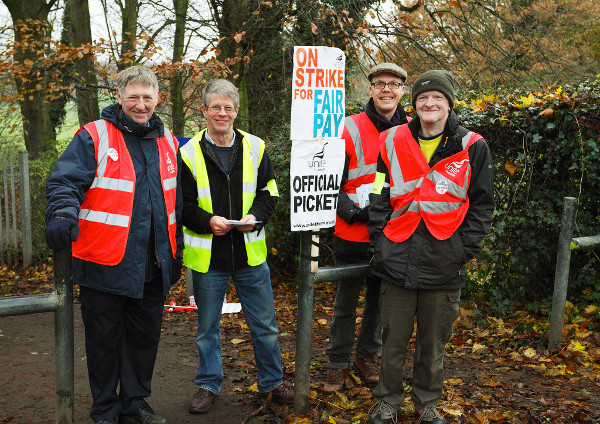 As the Trade Union Bill continues through committee stage in the House of Lords today, peers will debate amendments relating to deduction of union subscriptions from wages in the public sector, and facility time for union representatives.

Currently public sector workers have their union subscriptions automatically deducted from their pay cheques, known as the ‘check-off’ system. In a statement the government said it was ‘no longer appropriate’ for it to act as an intermediary for these payments to unions, and the system is due to be cancelled at the end of April.

Would-be union members will now have to arrange their own subscriptions, which unions say will lead to a loss in sign-ups and funding and is part of a government assault on their finances.

This afternoon the Lords will also be debating government plans to impose a cap on facility time in the public sector. Facility time is paid time off for union representatives to carry out trade union duties, and has been a statutory right since 1975.

Conservative hostility to facility time has been growing for years, with careful descriptions put forward of ‘seaside conferences‘ and ‘non-jobs‘ which seem to waste taxpayers’ money.

Unions have described the move to cap facility time as an attack on workers’ rights, but new research published today suggests that it may also cost money.

According to a report by the TUC, based on new analysis of figures from the University of Bradford, facility time improves staff retention, reduces illness and boosts industrial relations.

The analysis reveals that in the health sector staff turnover is almost three times lower in workplaces with union representatives than in workplaces without, leading to a recruitment costs saving of more than £66m a year for the NHS alone.

It suggests that for every £1 spent on paid time off for public sector union reps to represent their members, taxpayers get at least £2.31 back in savings.

The report’s author Gregor Gall, Professor of Industrial Relations at the University of Bradford, said:

“This research lays to bed the myth that facility time is out of control and a drain on public resources. It delivers clear cost benefits and is good for both employers and employees.”