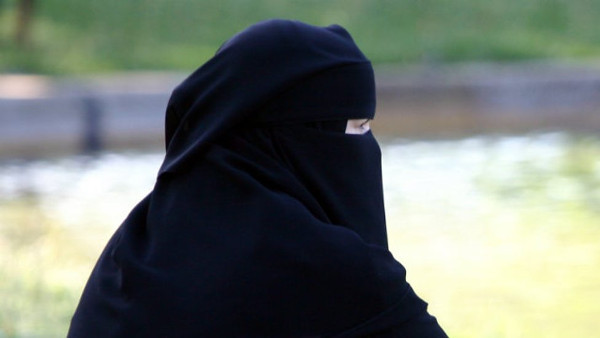 Last month Ofsted announced that its inspectors have been instructed to mark down educational institutions if they judge that the wearing of the face veil is acting as a barrier to learning and to positive social interaction.

This is a step in the right direction. Ideally, the government would prohibit face covering from our schools entirely, thus removing unreasonable pressure from individual institutions and headmasters.

Previously on this platform I have laid out the progressive case against the face veil, so I was disappointed to read an opinion piece by Sophie van der Ham, co-chair of the Young Greens, titled: Ofsted – not the niqab – is impairing learning in schools.

It is, of course, important to defend Muslims in the current climate of increasing anti-Muslim animosity. But in so doing, the Left must not abandon its own values, such as the commitment to gender equality. Defending Muslims against discrimination should not be confused with political support for the goals of the Islamists and Muslim fundamentalists.

Van der Ham is simply misinformed, and she misinforms others, when she states:

“For a start, it’s unclear exactly why the niqab might be an obstacle to learning. Muslims have been teaching, learning and otherwise communicating wearing the full-face veil for centuries in Islamic countries all around the world.”

Had van der Ham researched the topic, she would have discovered that the niqab is forbidden in educational establishments in many Muslim-majority countries, and that opposition to the practice of face-covering is widespread, ranging from high-ranking Muslim clerics and ordinary Muslims to secularists and feminists.

In 2009, al-Azhar in Cairo, Sunni Islam’s most prestigious theological university, issued a ban on the wearing of the niqab or face veil in classrooms and dormitories of all its affiliate schools and educational institutes.

In February 2015, the Tunisian government introduced a ban on the hijab for girls younger than 12 years old, as well as a full ban on the niqab in all educational institutions. Later that year the Tunisian education ministry suspended a schoolteacher and a high school supervisor for refusing to remove their niqabs.

Fadel Ashour, a spokesperson for the Tunisian Imams Union, said that the niqab was a ‘communication barrier’ in class and that ‘those who promote the niqab aim to create a parallel society that does not represent the Tunisian people.’

In October 2015, Cairo University President Gaber Nassar issued a decree banning all female staff from wearing the niqab in response to student complaints of poor communication in classes.

Nassar explained:”The niqab is especially problematic in language courses, where the cloth barrier of the veil hinders student-teacher communications, producing low grades and graduates incapable of enunciation.” His decision was backed by the Grand Mufti, Egypt’s top religious authority, and upheld by Egypt’s Administrative Court this year.

Face veils by design inhibit human interaction and for this reason are inappropriate in schools. Teachers and pupils should be able to recognise each other at all times and communicate easily. It is very simple – if it is inappropriate for pupils and teachers to wear balaclavas in the school environment, then no concessions should be given to similar face-masks on religious grounds.

The real outrage is not Sir Wilshaw’s statement or Ofsted’s policy on this matter, but the fact that in the 21st century there are still women and girls hidden inside mobile prisons and treated as chattel.

The common counter-argument is that this is a women’s choice. The reality is that such a ‘choice’ is born out of social and doctrinal coercion. Such pressure does not always come from a controlling husband or father directly, but more often takes the subtle form of peer pressure and the shame and stigma conferred upon those who fail to conform to female modesty codes.

Take this article, for example, which claims that ‘females who are attractive by nature attract the gaze of males which then leads to other greater sins such as fornication and adultery’, thereby transferring responsibility for the behaviour of men to women. It is not enough for a Muslim woman to wear an Islamic headscarf if her clothing – like that of ‘loose’ Western women – is deemed attractive to men.

The author elaborates that perfume or even the female voice can transform a man from moral agent into rutting animal. He concludes that it is best, therefore, for women not to raise their voice in public.

This is no different to the claim, long abhorred by Western feminists and liberals, that a woman is to blame for her own molestation because her skirt was too short. Shame on those who deplore such attitudes in their own culture, then defend them in another as a way of advertising their tolerance.

It has been argued that the face veil is protected by the right to religious freedom and freedom of expression under the Human Rights Act and the European Convention. However, these are not absolute but qualified rights. Limitations are allowed in pursuit of legitimate but conflicting aims. There are two such aims bearing on the prohibition of face-covering in schools: firstly to remove a barrier to communication and learning, and secondly for child protection.

Parents should not be expected to hand their children to a masked individual. Pupils also have right to see the teacher’s face for the purpose of effective learning. If this were not the case, the teacher would not need to be present in the class at all and lessons could be delivered via loudspeakers.

Should pupils be permitted to cover their faces? Teachers have a duty to safeguard children. To do this, at a minimum, they have to be able to recognise their pupils and to read clues on their faces. If a child’s face is obscured, the teacher cannot judge if the pupil is interested, bored or confused by the lesson. Furthermore, face veils can also mask signs of physical abuse.

It is ridiculous to claim that children must be ‘free’ to wear a garment that will restrict nearly every aspect of their life and potentially make them ill. Adult women can make an informed choice, no matter how regressive, but children should be protected until they are old enough to do so. Teaching children that their faces are sexually arousing to men and must therefore be covered is surely a form of abuse.

Van der Ham is of the opinion that such concerns are simply part of a larger trend that sees the practice of Islam in schools as suspicious. The evidence offered in support of this claim is the government’s Prevent strategy.

It is difficult to take such claims at face value given that schools in Britain offer halal meals, permit headscarves, organise Eid parties and give children days off to celebrate Islamic festivals. This year, even exams are timetabled to accommodate Ramadan, the Islamic holy month.

Van der Ham states that ‘new E-safety legislation is forcing schools to install software which tracks the use of words such as ‘Pakistan’, ‘Islam’ and ‘Quran’’. There is no such legislation. Schools can purchase Impero Education Pro, e-safety software with a number of keyword libraries including adult content, self-harm, sexting, grooming, suicide, cyberbullying, racism, homophobia and radicalisation.

From July last year the government’s counter-extremism strategy Prevent became statutory for public bodies, including schools. Sadly, this is necessary. We live in the world where our children and young people are at risk of radicalisation or being victimised by their radicalised parents.

The Left must become more willing to describe the world as it is rather than as we wish it to be. Obfuscations in the name of political correctness are largely responsible for the fact that much of the electorate has lost confidence in left-wing politics.

Schools are not places to practice religion – they are educational institutions. The education, wellbeing and safety of pupils is paramount, not the accommodation of austere and misanthropic religious conservatism.

Lejla Kuric is a writer and designer

4 Responses to “Education, not religious accommodation must be the priority in our schools”