Today is the day that David Cameron hopes to secure his breakthrough with the European Union on renegotiations; believe it or not, this should pose a few difficult questions for the political Left. 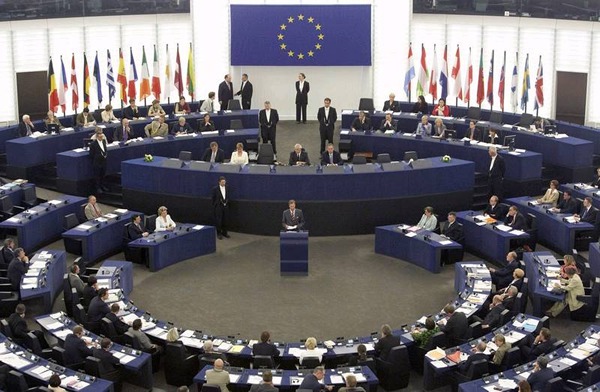 Today is the day that David Cameron hopes to secure his breakthrough with the European Union on renegotiations: which have boiled down, almost in their entirety, to restrictions of free movement and migrant benefits.

This will almost certainly be the defining moment for Cameron, naturally inclined to empire leadership, but destined to be dealt a blow by other European leaders.

Believe it or not, this should pose a few difficult questions for the political Left.

Of course, we would have no truck with the specific proposals that Mr Cameron is seeking. It seems particularly harsh that at this time of serious crisis in the Middle East, and along the borders of European nations less resilient than the UK trying to shelter homeless peoples seeking asylum, that we would even think to capitulate to the grotesque politics of UKIP or disgruntled Tory backbenchers.

There is no way that the Left would think reducing benefits for migrants, for four years, would be anything other than an absurd move. We recognise that people from around the world have been forced from their home, against their will, who have nothing but the best of intentions when they arrive in a safe country, to work, to contribute, to provide for their families, and who would suffer an unthinkable hardship if those services were denied them.

But also, the welfare safety net should be universal; when Cameron plays politics on this issue he is playing with lives.

That said, the Left ought to be concerned about how much of an effort it has been for a Prime Minister of a supposedly sovereign nation to negotiate a change in a free country.

If fair welfare policies, that the Left would seek to defend from David Cameron, are worth their salt then they should be defended on a democratic level. As a combative political wing, the Left should not rely on an unelected bureaucratic entity to ensure the rights of migrants, or of citizens more broadly.

We might not like the grounds on which Cameron is pursuing his renegotiations, but we must at least respect the rights of an elected government to pursue the will of the people – even if, in our humble opinions, the people are misguided.

However Merkel also said this: “A deal cannot challenge the EU’s principles”.

Well, what if I don’t like those principles? Do I vote against those principles? No, I can’t. Do I lobby against those principles as a citizen? No, impossible. Can I access information about the movements of EU laws in order to exercise my democratic right to protest? Not unless that information is volunteered to me. And was that the case with information on the Transatlantic Trade and Investment Partnership? Not likely, as, to quote the respected site Full Fact, with other arbitration panels, the International Centre for Settlement of Investment Disputes (ICSID): “doesn’t make its hearings or decisions public unless the parties agree”.

This is originally where TTIP sat; through hardy protest and grassroots campaigning TTIP is now a public matter, but that wasn’t the case before it was a settlement in a private, secret court.

If this isn’t enough to convince you, ask yourself this: is it sensible for the European institutions to outlaw governmental mechanisms to stimulate growth in the economy, even if it sticks in the throats of fiscal conservative lawmakers? You probably don’t think so. But the EU Fiscal Compact is a legal requirement on eurozone states to slash their public debt (by 1.5 per cent of GDP in France, two per cent in Spain and 3.5 per cent in Italy and Portugal) every year for the next two decades.

Whatever you may think on mechanisms for growth, is it fair for the economic programmes of elected political parties in Europe to be swayed like this? And by law?

David Cameron will no doubt be made to make huge amendments to his original plan. In short, he will have failed his renegotation efforts. As a leftie I couldn’t be happier. Yet on principle I wish it wasn’t because the EU said so; I wish those he seeks to represent – us – had cornered him on grounds of fairness.

But there you are. My question, none the less, is: what ever happened to left-wing euroscepticism?

3 Responses to “David Cameron will have to water down his EU renegotiations, is this a good thing for the Left?”