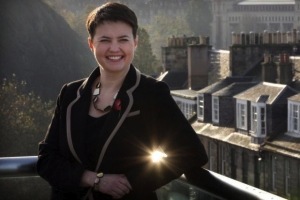 “The Conservatives can replace Labour as the main opposition party at Holyrood.”

That was the assessment of the Secretary of State for Scotland and the Conservative’s only MP north of the border, David Mundell, over the weekend.

He was speaking after a new poll indicated that the Conservatives might just have begun squeezing Labour into third place.

According to the sub-data compiled by ComRes’s poll for the Independent on Sunday and Sunday Mirror, of those in Scotland saying they are likely to vote, asked how they would vote if there were a General Election tomorrow, 18% said Conservative, ahead of the 13% who said Labour.

At this stage, important caveats need to be added. This is just one poll, and a small sub set of a UK wide poll at that. Moreover, asking how voters would cast their votes in a UK General Election does not necessary give huge clues as to how they would vote in elections to Holyrood.

That said, the findings do fit with a pattern that has seen the gap between Scottish Labour and Conservatives narrowing considerably.

The findings come at the end of a year in which the Conservative leader at Holyrood, Ruth Davidson, has been judged to have performed well.

Feisty, young and energetic, she is a good communicator who has never been afraid to confront the UK wide party.

In October she dubbed the Chancellor’s changes to tax credits as simply “not acceptable” whilst in June she used an interview with the Guardian to declare that she was “a fully paid-up member of the ‘votes at 16’ club” following the experience of giving them and 17 year olds the vote in the independent referendum.

“There are strong signs now, I think, of a resurgence under Ruth Davidson’s leadership.

“She’s a dynamic young woman who has brought a real buzz to Scottish politics and is clearly the only person in the Scottish Parliament who is able to go toe-to-toe with Nicola Sturgeon and hold her to account.”

At the start of last week it was reported that the Scottish Conservative Party had decided to get rid of half of its candidates for next May’s elections to the Scottish Parliament to favour younger more moderate candidates able to appeal to voters from the centre ground.

According to reports in the Financial Times, Ms Davidson’s focus is on capitalising on Labour’s turmoil under Jeremy Corbyn, appealing to the 2 million unionist voters who opposed independence in last year’s referendum.

By the end of last week the party had confirmed those on the regional list section of the ballot papers for next May. This section of the vote is likely to prove crucial in determining how well the Conservatives do.

The growing optimism among Scottish Conservatives stands in contrast to the sense of gloom that continues to surround Scottish Labour. With Jeremy Corbyn providing no real bounce in the party’s fortunes north of the border, a number of polls have been predicting the party could end up with no constituency MSPs at all from next May.

Little wonder therefore that Scottish Labour now seems to be struggling to find enough people to stand in constituency seats.

20 Responses to “Could Conservatives overtake Labour in Scotland?”