A mature power, at ease with its place in the world and conscious of its limitations, would refuse to join in the war in Syria 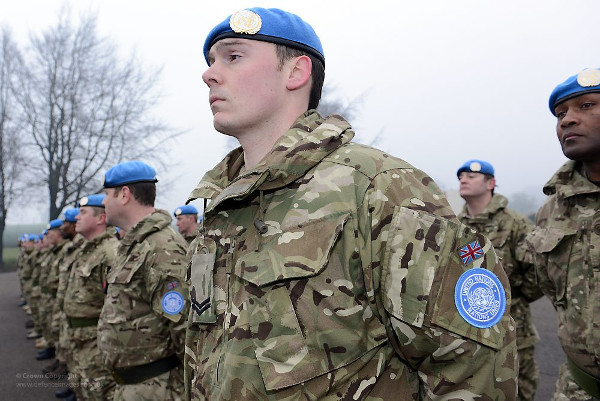 An oft-quoted feature of post-war British history is the spectre of ‘decline’, relative or absolute, and the political construction of that issue which historians such as David Edgerton have termed ‘declinism’. For much of the twentieth century, Edgerton contends, Britain remained a ‘warfare state’, committed to maintaining a ‘sharply-differentiated third place’ in world affairs. And to do this it had to be where the action was. It thus followed that, pace the calamity of Suez, Britain was regularly in the thick of it, both where its interests were directly affected, as in the Falklands, and where they were not, as in Yugoslavia.

It is within the context of Britain’s seeking and striving which the current controversy over bombing Syria must be understood. It isn’t, in truth, a military question, but rather a political and cultural one. The impact of the Royal Air Force in ‘degrading’ (itself an admission of the relative powerlessness of the West) Islamic State in Syria will, compared to its peers, be negligible.

The mainline fighter aircraft of the RAF, the Typhoon (once known as the Eurofighter) was sold to politicians and public alike as a multirole combat aircraft, but in truth is an air superiority fighter and interceptor. Continuing problems with its ability to operate in the air-to-ground role have led to a supposed ‘in service’ date for this capability of 2019. In any event, it won’t be in time for the prime minister’s desired course of action.

The contribution of the Royal Navy’s Fleet Air Arm, Britain’s other previous branch of fixed-wing strike power, will be nil – as the Naval Strike Wing and the carriers which put it in play were both axed by the coalition government in 2010. Given Cameron’s enthusiasm for foreign adventures this always looked like a bad idea. It severely hampered Britain’s contribution in Libya in 2011 (with RAF aircraft instead having to make epic flights, including from RAF Marham) and their absence will be felt again now.

That leaves it, in essence, to the RAF’s ageing complement of Tornado GR4s and its rather newer complement of drones. The Tornado airframes are, in military terms, ancient – rumours have circulated in the media that Air Chief Marshal Sir Andrew Pulford has had to alert allied countries also using the Tornado that the RAF may need their help in replacing parts.

Most military aviation experts still agree that the Tornado has an impressive strike capability, and make great play of the Brimstone missile and the RAPTOR surveillance pod. But there are precious few Tornados, and arguably far too few to make much difference. In addition, authorising RAF Tornados to bomb Syria is the military equivalent of robbing Peter to pay Paul; although the defence secretary has made noises about additional aircraft being made available, the parlous state of the remaining GR4 airframes would imply that there is little more to give, as evidenced by the fact that 12 (Bomber) Squadron has now been spared the axe twice.

Bombing Syria, as others have noted, will come with an opportunity cost in terms of – at times – not bombing Iraq.

Against this, classic declinist rhetoric has been unleashed; Jonathan Marcus, in a staggeringly naïve piece for the BBC News website, has argued that ‘Washington and Paris want the UK engaged’ since the RAF possesses – in ‘dynamic targeting’, courtesy of the RAPTOR pod/Brimstone combination – a ‘niche capability…even the Americans don’t have’.

This is, in short, self-congratulatory nonsense and reads like an MoD press release. The US has been circumspect about British capability at least since the wars in Iraq and Afghanistan. American generals, as former British intelligence officer Frank Ledwidge has noted, were not impressed at having to bail the UK out in both theatres, and felt that the UK continually made offers of support that it was unable to fulfil, often leaving the US to pick up the pieces (no fault of the troops themselves, who did their jobs as professionally and courageously as they could in impossible circumstances.)

These were ignominious withdrawals which fatally-undermined the belief of the US in its British ally, as did the 2010 defence cuts which slashed and burned much of what remained of Britain’s power-projection capabilities. These cuts went largely unnoticed amongst the public and indeed many politicians, who engage with defence issues only sporadically. The support within and without parliament for airstrikes on Syria is based in large part on ignorance, and on a popular and political culture which still enshrines the idea that Britain is, as the historian Michael Paris once put it, a ‘warrior nation’, capable of using force to influence large-scale conventional conflicts.

Yet the truth is that it isn’t.

Beyond the military reality, the controversy exists as a piece of political theatre. Parliament is polarised between the Conservative Party along with elements of the unreconstructed Labour Party who never believe there is such a thing as a bad war, and those – represented by Jeremy Corbyn and the SNP amongst others – who take the opposite view. To say that there is little real debate is to state the obvious.

Two years ago, the prime minister went to the House of Commons to ask it to endorse the bombing of President Assad’s regime in retaliation for poison gas attacks on civilians. Now he is asking for permission to bomb the regime’s opponents. In the mix of all this, he has promised a ‘comprehensive’ strategy to end the conflict, which essentially offloads the real problem onto the Kurds and the protean, elusive ‘moderate rebels’ who aren’t Islamic State, an Al-Qaeda affiliate or another jihadi group.

In short, there’s a war on in Syria and the prime minister believes Britain should be in it. This is the same prime minister who has cut Britain’s ability to ‘do war’ to the bone.

Why David Cameron believes Britain should be in it, that is to what end, is less certain. The argument that Britain will make a significant contribution to defeating IS using air power is bunkum. Air power alone does not solve conflicts, as Kosovo proved; and Britain’s intervention in Kosovo took place, lest we forget, with a far more powerful Royal Air Force and Royal Navy than now exist. Yet neither the prime minister, nor his allies, have any enthusiasm for sending in troops.

The timing is also odd. The attacks in Paris, horrific though they were, should have made no difference to any decision-making in this area. Islamic State was a threat to France and to Western nations before that. Authorising military operations on the basis of ‘something must be done’ is foolish in the extreme. In the immediate wake of a clash between Turkish and Russian aircraft and with tensions running high between NATO and Russia, the prime minister thinks now is a good time to throw British aircraft into the mix.

We are thus left with a proposed intervention which will likely make very little difference, which cannot achieve its stated objective, and which will draw Britain deeper, at least politically, into a wholly-unpredictable conflict.

As such, Jeremy Corbyn is right to oppose this intervention, as even Matthew Parris has acknowledged in The Times. Britain’s Prime Minister, many in the parliamentary Labour Party, and a proportion of the general public are trapped in a theatre of decline, unable to free themselves from an imperial past and move into a post-imperial present.

Some hard truths must be faced. Britain has no strike carriers, and Syria is an apocalyptic mess. Britain’s last foray into meaningless intervention left Libya, as Frankie Boyle put it succinctly, a ‘jihadi Mad Max’. Syria is already there. A mature power, at ease with its place in the world and conscious of its limitations, would refuse to join in.

And that, regardless of the factional animosities, is the real reason why the Labour Party should back its leader and vote against the government.

Mike Finn is honorary research fellow in Politics at the University of Buckingham and a member of Liverpool Wavertree CLP. He is the co-editor (with Sir Anthony Seldon) of The Coalition Effect, 2010-2015 (Cambridge University Press) and is currently writing Socialism, Education and Equal Opportunity: The contemporary legacy of Anthony Crosland, which will be published by Palgrave in March 2017

18 Responses to “Comment: Britain no longer has the military capacity to make any difference in Syria”