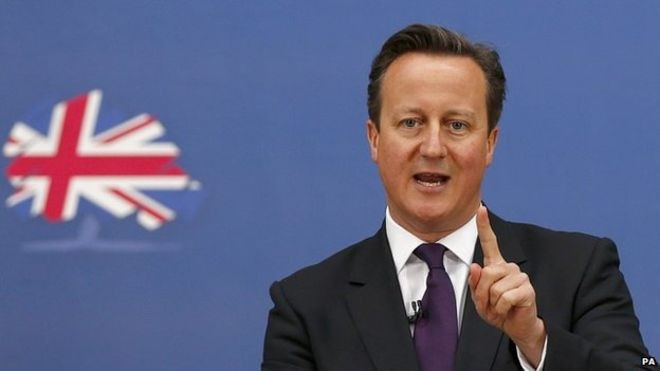 This weekend marked ten years since David Cameron became the leader of the Conservative party. In 2005 he presented his vision of ‘compassionate Conservatism’ and promised great things for Britain. But ten years on, many of these promises have failed to materialise.

Each year, think tank The Legatum Institute releases a ‘Prosperity Index’, ranking the prosperity of countries based on both income and wellbeing. A look at this year’s Index highlights exactly where Cameron has failed.

At the Conservative Conference in 2005, Cameron vowed to fix Britain’s ‘dumbed down education system’. However, in this year’s Prosperity Index Britain has dropped five ranks in education to 25th, falling below countries such as Ireland (8th), Slovakia (14th) and Spain (19th).

On education Britain also ranked behind 70 per cent of its OECD peers. While raising the school leaving age has improved enrolment, the quality of education still needs work to improve the UK’s international competitiveness – as shown by the UK’s poor performance in the PISA rankings.

The UK is dragged down by its poor teacher to child ratio, which is in part, due to the government’s inability to tackle a shortage of teachers. Estelle Morris argued in the Guardian that the government’s continued tendency to hand over ‘freedom’ combined with ever greater ‘tightening of the accountability framework’ has put too much pressure on teachers.

Cameron also argued in 2005 that the Labour government had left the NHS ‘demoralised’, and promised to fix it. Our Prosperity Index, however, shows that health has stagnated under Cameron and the UK has fallen to 20th this year (behind half its OECD peers).

Moreover, the government’s efforts to address this issue have been criticised by the Public Accounts Committee, who said that there has been a loss of momentum over the last two years. Thus, despite recent increases in the NHS budget, the UK health system needs a lot more work to make Britons as healthy as our OECD counterparts.

This time ten years ago Cameron said he would make Britain safer. The new ‘compassionate Conservativism’ approach to crime was highlighted in his infamous ‘hug a hoodie’ speech in 2005. But mass riots across the country in his first term as prime minister undermined his description of the ‘defensive’ youth. More recently there has been an obvious change of tactic.

Cameron’s former speechwriter, Danny Kruger, noted how his softer approach to crime seems all but lost under rhetoric of ‘bashing burglars and sending immigrants home’. However, the UK still does badly in Safety and Security in the Prosperity Index, coming 23rd and ranking behind 60 per cent of OECD countries.

A phrase repeated by Cameron in 2005 was: ‘There is such a thing as society. It’s just not the same thing as the state.’ This was a clear and conscious departure from Thatcher’s claim that there is no such thing as society and was designed to shed the Conservatives’ ‘nasty’ image.

It formed the basis of Cameron’s vision of the ‘Big Society’ and his plan to allow the ‘voluntary sector and social enterprise to deal’ with social problems. However, in the Prosperity Index, the last Labour government left Britain just outside the global top ten for social capital in 2010; after five years under Cameron this has not improved. The Big Society has failed to deliver.

Something that Cameron did not predict in 2005 was the very thing that has come to define his premiership – the 2010 economic crisis. The Prosperity Index shows that, economically, Cameron has done well. Even though many of the chancellor’s goals of deficit reduction have slipped, the UK ranks 18th in the Index and is in the top half of OECD countries.

This is even more impressive given that in the wake of the crisis the UK nearly dropped out of the top 30. However, Cameron’s ‘austerity is the only option‘ narrative has put cuts before anything else. In 2010 The New York Times warned that the level of cuts pursued by Cameron could ‘hobble public services [and] strain poor families’ budgets’.

This looks like a fairly accurate prediction, given that improvement in the economy has not translated into greater prosperity for the UK overall.

In absolute terms Britain has become more prosperous; however it has fallen behind internationally, especially in terms of education and health. Unless Cameron can turn the improved economy into improved prosperity by 2020 he will be remembered as another Tory who put the economy before national prosperity.

Abigail Watson is a research intern at the Legatum Institute

7 Responses to “10 years on, Cameron’s compassionate Conservativism has failed to deliver its promises”